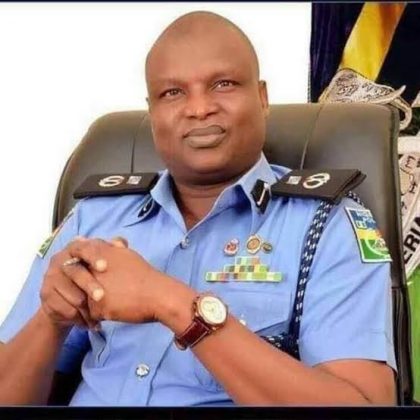 In an ironic twist to the aftermath of the recent #ENDSARS Protests, Nigerians are now being regaled with wild stories aimed at tarnishing the hard earned reputation and credibility of some police officers by all sorts of shady characters and criminals who are now taking advantage of the present public disenchantment of Nigerians with the Nigerian Police Force.

One of such attempts is the concocted stories and false allegations against one of Nigeria’s very best and most decorated police officers of all time, DCP Abba Kyari, former OC SARS Lagos State, being promoted by one Mr.Azeez Mojeed as contained in a petition he wrote to the newly formed Judicial Panel of Inquiry And Restitution For Victims of SARS set up by the Lagos State Government.

In his petition against DCP Kyari, Mojeed had alleged among other accusations that Kyari had forced him to sign off the withdrawal of the sum of N41 million naira, taken away his SUV car and other personal effects while he was detained for fifteen days.

It is curious that Mojeed who claimed that he was eventually set free by the court did not in anywhere in the petition states the crime he was arrested for.

A quick investigation by this medium revealed that the accused fraudster, Afeez Mojeed, defrauded N94million Naira from a victim.

Following this, he was arrested 6yrs ago and the sum of N41m was recovered from the proceeds of the crime which he voluntarily paid to the victim(owner of the money) back directly through the victim’s account and also he confessed on Video and in written that he bought Honda Account 2008 model and N7m land from the N94m he defrauded and that he had squandered the remaining N31m on hotels and girlfriends. He submitted the car and land documents which was registered as exhibit before he was charged to court and after some years he was discharged not acquitted from court because the complainant was not coming to court as most Nigerians do.

The land document and car that were registered as exhibits are still kept with the exhibit keeper in lagos.

According to our source, criminal will be re-arrested and charge to court again as he was not acquitted by the court.

Also, the complainant has assured the Police that he is in Nigeria now and he is ready to be attending the court process untill his case is concluded this time, adding that he would not leave his balance of 31m to the fraudster.

Mojeed was arrested in 2014 on accusation of defrauding a Nigerian businessman based abroad of almost a hundred million naira. When he was arrested by SARS, he was said to have paid some part of the money directly to the account of the man he defrauded even before he was charged to court and that is the money he is now claiming Kyari forcefully took from him.

Further investigation into these allegations revealed that the SUV car Mojeed accused Kyari to have personally taken from him was seized and had been and still is at the Police Exhibit Garage at Ikeja till date.

Anybody who had followed Abba Kyari impeccable and unsullied record of integrity and incorrigible track record will readily tells you that Kyari’s tenure as the OC SARS Lagos Police Command was one of the brightest era of crime fighting in the history of policing in Lagos in particular and Nigeria in general.

Consequently, any attempt to tarnish the image of this Nigerian Super Cop who in some quarters has gained an heroic stature for his service to his fatherland will be an exercise in futility.

Nigerians should also be alert and be on the lookout for more of these spurious and unsubstantiated allegations by vengeful criminals and other shady characters who will want to take advantage of current developments to take their pound of flesh from police officers who had brought them to face the consequences of their criminal actions and deeds.