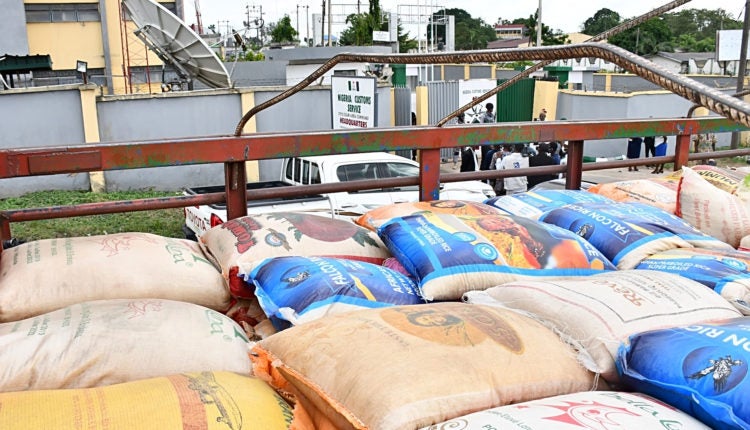 The hierarchy of the Nigerian customs service says officers were forced to thwart an attack by suspected hoodlums when their mission became known after a four-hour dialogue.

Commandant of Nigeria Customs Training and Doctrine Command, Abuja, Adewale Adeniyi, made this known while taking journalists round the facility on Friday.

Adeniyi said the officers did their best to appease the mob that struck on Thursday.

The commandant said some of the hoodlums had come on Monday to survey the facility, a day after a warehouse located in Gwagwalada area of the nation’s capital, where the college is also located, was looted.

“More than 4,000 of them laid siege in front of the command. We learnt about their arrival, we came out unarmed, we engaged them for four hours, we listened to them,” NAN quoted him to have said.

“They told us, they are in search of palliatives, that they are hungry and angry, and we told them it is a training school and there are no palliatives here.

“They insisted that there are warehouses behind our command, they even requested to get free passage to search for the warehouses, we obliged them but with a condition for them to bring four of them for the search while some officers will conduct them round.

“They went and discovered there was no warehouse around the training school, some of them decided to break our perimeter fencing and started shooting.

“At this point, we now realised that they came around to attack and harm us, so we responded swiftly to repel the attack.”

Adeniyi said with the support from the police and Nigeria Security and Civil Defence Corps (NSCDC), they successfully repelled the attack.