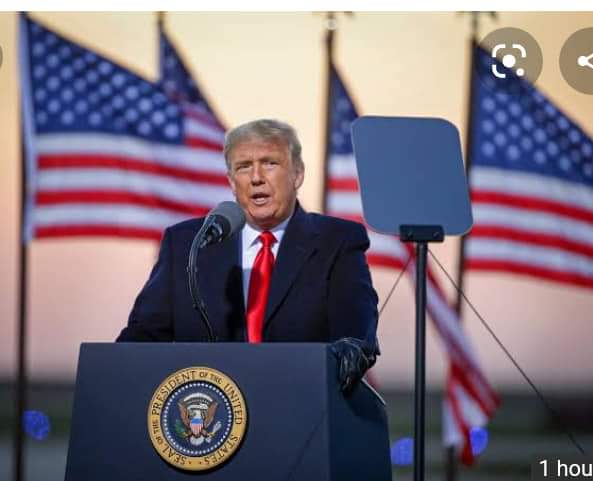 President Donald Trump has come under criticism on Twitter following his tweet on the reported rescue of an American citizen by U.S. special forces in Nigeria on Saturday morning.

Shortly after news of the rescue broke, Trump took to his Twitter handle to celebrate, saluting “the courageous soldiers behind the daring nighttime rescue operation”

“Our Nation salutes the courageous soldiers behind the daring nighttime rescue operation and celebrates the safe return of yet another American citizen!” the post reads.

Within minutes, the tweet attracted thousands of reactions with the president’s critics slamming him for allegedly failing to save over 230,000 American lives so far claimed by COVID-19.

“Brave indeed. They volunteered to fight for their country,” replied a follower by the name, Vote Trump Out.

“Shame you couldn’t have saved 200,000 plus lives while you were tweeting,” the follower with the handle @MattTavner, added.

Another critic, Limey McLimeface using the handle @mclimeface, suggested that Trump didn’t know about the operation until the media reported it.

“Took you until now to mention it, you probably only just heard of it, because you’re too busy on your farewell tour, you haven’t done any work in weeks,” McLimeface said.

An American psychologist, Jeffrey Guterman, using the verified account, @JefferyGuterman, called the president “a mass murderer” for spreading the virus with his non-socially-distant campaign rallies.

Guterman shared a Stanford University study, which concluded that 18 rallies addressed by Trump resulted in no fewer than 30,000 “incremental confirmed cases of COVID-19”.

According to the study, conducted by Douglas Bernheim, Nina Buchmann and Zach Freitas-Groff of the Department of Economics, the rallies “likely led to more than 700 deaths”.

To one Lewis Silberman, the operation was timed to aid the president’s reflection bid.

The president has always defended his administration’s response to the pandemic, arguing that nothing could be done better.

David Wohl, an American actor and supporter of the president, defended him in his reaction to the tweet, suggesting that the rescue operation was making Democrats angry.

“They hate to see Trump succeed and would rather have Americans remain hostages. Real Americans, however, are grateful to Trump and #SealTeam6”, he said.

One Lisa Whitehead replied him, saying it would be “really fantastic if he would quit killing Americans here in the USA!!”

“Maybe the SEAL team can help him with that, maybe they could stand outside his rallies and make people mask up!!!” Whitehead added. (NAN)