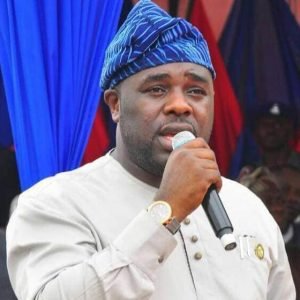 A Lagos local council committee for the disbursement of N10 million relief fund to victims of the violence that trailed the recent #EndSARS protests in the state has announced the commencement of its fact-finding mission to the affected locations, the News Agency of Nigeria reports.

Mr. Abdulwaheed Odunuga, the Chairman of the Agboyi-Ketu nine-man committee, has told NAN in Lagos that the committee had so far visited Food City, HS Filling Station, Sweet Sensation, Adisa Akintoye Street, Golden Garage, and Demurin Street, among other locations in the Ketu area.

He said the committee had embarked on the fact-finding visit to some of the affected locations, with a view to having a comprehensive assessment of the havoc caused by hoodlums who hijacked the protest, as well as reaching out to affected residents.

Set up by the Council’s Executive Chairman of the LCDA, Mr. Dele Oshinowo, on Oct. 31, the fund is meant to cushion the effects of the vandalism, looting of property, and investments in the aftermath of the #EndSARS protest in the area.

Odunuga, who is also the Lagos State Coordinator of the Buhari Youth Organisation (BYO), commended the Oshinowo-led-administration for its determination to bring succour to victims of the recent unrests.

” We are also using the visit to express solidarity with the victims of arson and looting. A face-to-face screening process is initiated to filter out the confirmed victims, who will be the recipients of the fund,” he said.

Reacting to the council chairman’s gesture, Mr. Hassan Abiodun, a resident and community leader in Agboyi-Ketu, said although the relief was small, it was a highly commendable initiative by the LCDA.

Abiodun, however, pleaded that the collection and submission of relief forms by the victims should be extended by two weeks to enable victims to come forward and submit their forms.

He said: “The wanton destruction and nearly daily clashes in the area is crippling businesses and affecting shop owners, who suffer looting and destruction of their wares long after the initial mayhem.

“Many affected may not be opportune to know about this committee with some, who might get to know of the exercise not being sure if it is the Local Council Development Authority (LCDA) or government that is behind this.

“I would advise the committee to compress the N10m relief fund to go round every genuine claim of looted and damaged wares. “Of note are food outlets and fuel stations that were either burgled or burnt’’.

Abiodun said the degree of disbursement can be compressed into percentages of costs of what was looted, or an equal amount for all, in a bid to touch all that suffered heavily.

NAN reports that the #EndSARS protests in Lagos took a violent dimension following the Lekki Toll Gate shootings on Oct. 20 which resulted in the loss of lives. Several public and private property were razed down or looted by hoodlums who hijacked the protest.