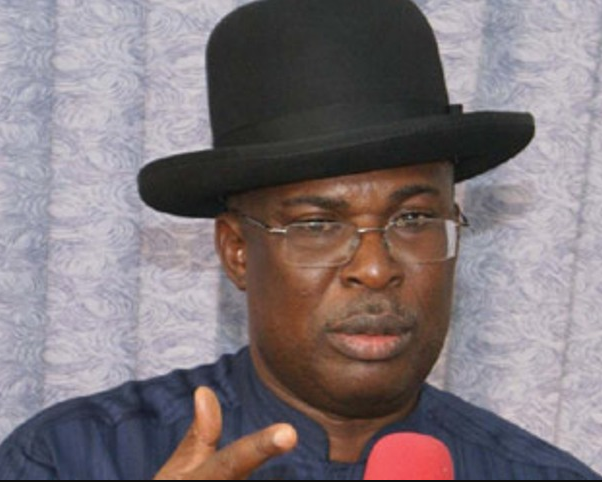 This came to the fore when the upper chamber considered and adopted the report by it’s Committee on Public Accounts.

In the report which was laid by the Chairman of the committee, Senator Matthew Urhoghide (PDP, Edo), during plenary noted that the sums of N46,645,000.00 and N56,418,135.00 were spent on the printing of letter- headed papers by the ministry.

The Senate, while adopting recommendations by the committee demanded that the sum be recovered and paid back to the treasury.

It also called for the sanction of the Permanent Secretary in accordance with Rule 3129 of the Financial Regulations and Public Service Rules 030402 over the diversion of N23,642,000.00 from the Capital Projects Funds for purchase of Sallah/Christians welfare package to staff of the Ministry.

The Chamber also called for the identification of the Project Accountant who authorized the diversion of N32,783,052.00 meant for IPPIS raining and other programmes to bank accounts of staff of Finance and Accounts Department, instead of paying the approved amounts to beneficiaries.

The Senate demanded the refund of the amount to government coffers, including the sum of N718,911,848.00 made in the cashbook as payments to eleven corporate bodies without documentation.

In addition, the chamber called on the Ministry to identify and present for disciplinary actions the officers behind the authorization of N98,400,000.00 in favour of a company for printing of leaflets for the Petroleum Industry Bill awareness campaign Programme, N54,000,000.00 to a company for assessment and documentation of oil Spill sites in ten (10) states of the Niger Delta; and N25,000,000.00 for actualizing e-governance procedure.

The Senate, accordingly, called on the Economic and Financial Crimes Commission (EFCC) to prosecute officers responsible for these infractions.

Recall that the Senate Committee had made shocking findings on the Petroleum Ministry during its sittings.

In a related development, the Senate called on the EFCC to prosecute within 30 days, the Officers in the Ministry of Youths and Sports (National Sports Commission) who certified the payment of N37,185,000.00 from the capital vote allocation