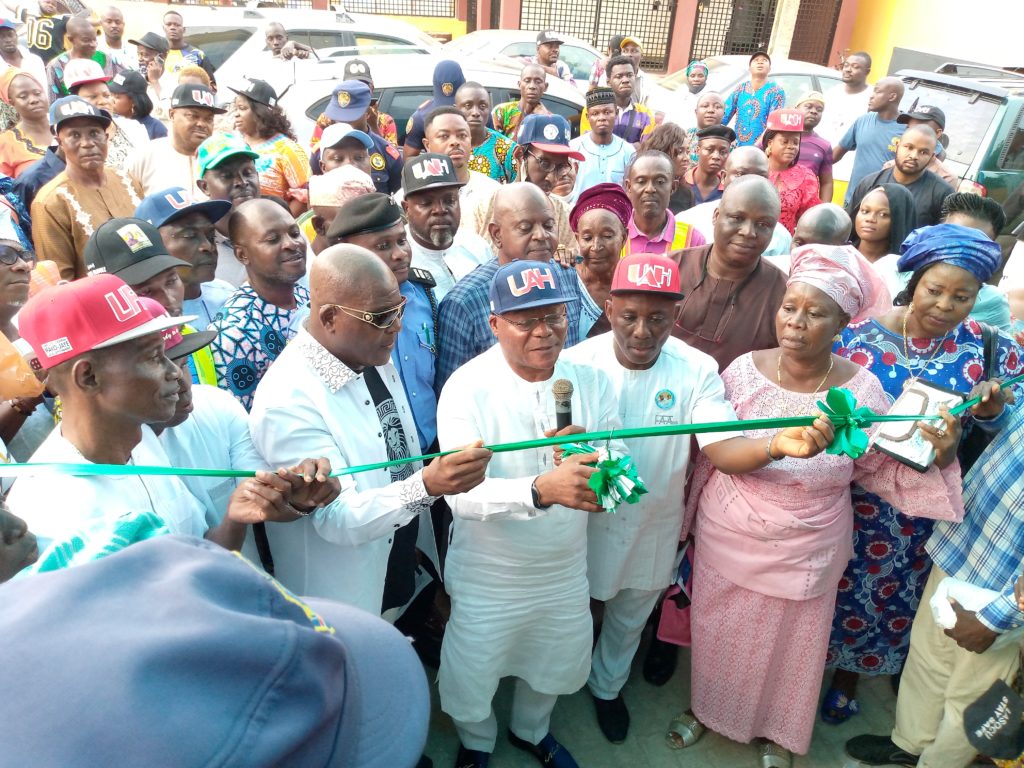 The out-going Chairman of Ifako-Ijaiye Local Government, Apostle Oloruntoba Oke, has commissioned the new council Secretariat at Ifako-Ijaye amidst pomp and peagentry.

Located at Idiagbon in Ifako area of the council, the building consists of over 120 offices and three event halls, which could adequately occupied the staff and give them comfort to discharge their duties effectively.

In his speech, Oloruntoba Oke thanked God for making history to complete” despite of all odds to solve acute accomodation problems that hitherto plagued Ifako Ijaiye council since inception three decades ago”

He described the completion of the edifice as a commitment to quality service and good governnance at the grassroots, having break the jinx to complete the journey to have a befitting headquarters of a modern local government.

He noted that the edifice is ” christened Asiwaju Bola Ahmed Tinubu Monumental Civic Center in recognition of unparalleled contributions of the APC national leader to the advancement of democracy and grassroots administration and development, not only in Lagos State but also Nigeria in general”

Oke praised the Lagos State Governor, Mr. Babajide Sanwo-Olu and the State House of Assembly, ably led by the speaker, Hon(Rot). Mudashiru Obasa for their support towards the completion of the new Secretariat.

He also thanked his exco members, councillors, management and the council staff for their cooperation, resillience and perseverance towards the completion of the project.

While urging the people of the local government to see the building as a collective heritage and must be jealously protected, Oke commended the political office holders and staff of the council for their unalloyed loyalty and cooperation towards the period and success of his administration.

He pleaded with the staff to extend similar cooperation to his likely successor, the vice Chairman’, Prince Usman Hamzat, who is the APC flagbearer of the council election holding on July 24.

In an interview with reporters, the council chairman noted with pride that the council did not get any loan or owing from any bank contrary to any view from outside to complete the new Secretariat.