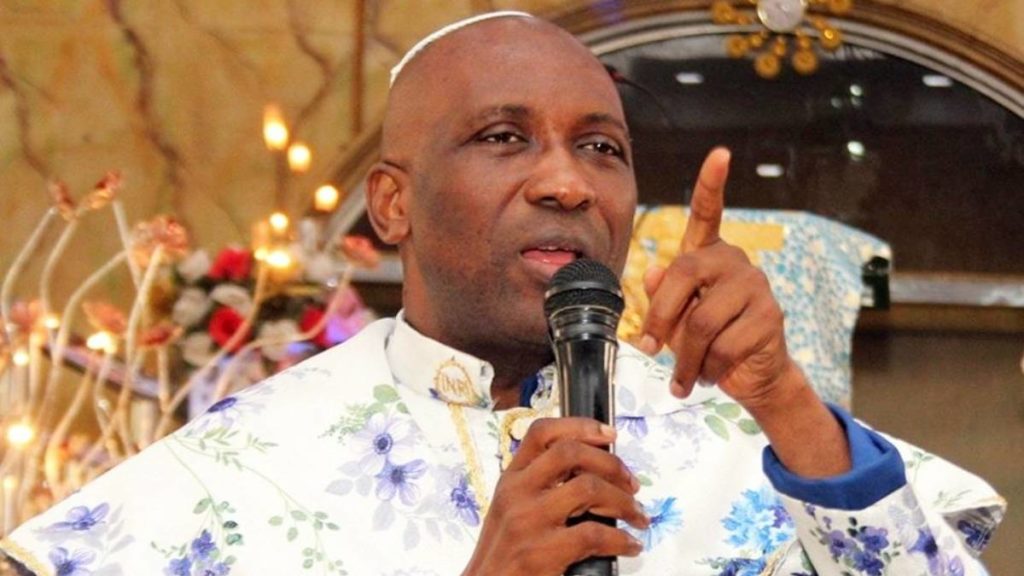 The Leader Of INRI Evangelical Spiritual Church, Primate Elijah Ayodele has released another set of prophecies on the soon coming governorship election in Anambra state.

In a statement released by his media office, Primate Ayodele made it known that God showed him some of the things that will come up in the election that needs to be fought by the candidates.https://www.youtube.com/embed/gvtYyd6FfPc

He made it known that the election will determine so many things ahead of 2023 and that the ruling party wants to go all out to rig the election in favour of its candidate.

Primate Ayodele noted that the candidates of other parties will be accused of criminal offences by the ruling party and that it will lead to crisis in the state.

‘’I’m sad at what the Lord has shown me, All the candidates that want to contest will be accused by the ruling party, from the most popular to the least popular, they want to set them up and indict them of criminal offences just to ensure their candidate succeeds, no candidate is exempted. Anambra election will determine so many things, I see advanced form of rigging by the ruling party’’

‘’ There have been riggings in Nigeria election but this will be an advanced form of rigging. It will be a very serious thing that will lead to uprising by the people of Anambra. Let them be careful, I see three powerful people planning this rigging because if it’s about free and fair election, the ruling party will not win.’’

Continuing, Primate Ayodele adviced other political parties and candidates to work against rigging before talking about winning the election.

‘’Before the candidates talk about victory, let them settle rigging by the ruling party because conclusions have been made to carry out this advance form of rigging. All candidates need to come out to fight this before the election’’

‘’The ruling party wants to rig Anambra election, all candidates must rise to this, they can’t win but they are determined to rig. Only rigging can make the ruling party win the election.’’