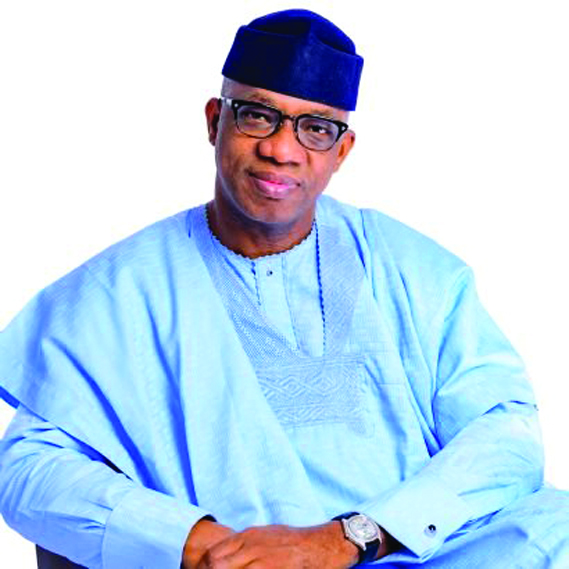 The statement of Nureni Adedoyin on one of the radio stations in Ogun State, SWEET FM, did not adequately represent the Ogun State Command of Vigilante Group of Nigeria. And it neither stated the opinions of the two VGN State Commanders in persons of Gbenga Adesanya and Temitope Odogun nor that of the State Coordinator of the Harmonized Vigilante Group in Ogun State, Aare Shola Shodiyan.

“It is logically correct to conclude that he is no longer with VGN at our State Command because he recently replaced “Vigilante Group of Nigeria” sign post with that of “Hunters Group of Nigeria”.He does not seem emotionally stable”, Aare Shodiyan stressed.
Nureni Adedoyin has never worked for the government of Prince Dr. Dapo Abiodun .

He said Adedoyin’s attempt to denigrate the government of Dr. Dapo Abiodun might not be unconnected to the fact that during the last electioneering campaigns he worked for Abdulkar Adekunle Akinlade, the Governorship candidate of APM.

Aare Shola Shodiyan has described Prince Dapo Abiodun administration as security conscious one as the governor has ceaselessly and consistently made provision for the security agencies, including Vigilante Group of Nigeria. Only recently the Inspector General of Police, Mr. Alkali Baba was in the state to launch some security vehicles, Motorcycles, and different security gadgets for the security agencies.

“The fact that Adedoyin claimed to be ignorant of the efforts of Prince Dapo Abiodun makes it is evidently and abundantly clear that he is not on ground and does not know what the state is doing in terms of provision and support for the security agencies.

“I can say confidently that the government of Prince Dapo Abiodun has been supporting the operatives of Vigilante Group of Nigeria directly and indirectly. We have our officers and men engaged at the Governor’s House and with Internally Generate Revenue (OGIRS) offices across the state.

Aare Shodiyan stressed that Vigilante have always been involved in the security architecture of the state. “One of such was a one-month special joint operation with the police for the capture of the notorious Serial killer in Iperu, known as Spartacus who was promptly captured, and the government, being an appreciative one gave a handsome sum of money to operatives for a job well done. Adedoyin was not involved, hence he could not have known about that.

Corps Commander of Amotekun, CP David Akinremi (rtd) , last month , invited Vigilante Group of Nigeria and So-Safe Corps to a special operation at Olorunda/Imala reserved forest for a rescue mission of people who had been kidnapped by some dare devil kidnappers. The team successfully rescued the victims unhurt for which the government of the state, through the Commander also gave some money to our operatives who participated in the operations. Adedoyin was also not in the fray, hence he might not be aware.

He recalled how the administration of Senator Ibikunle Amosun warned Adedoyin to steer clear of matters pertaining to security in the state as a result of his nefarious and dastardly activities, adding that the government even issued a Press Release warning the general public to desist from having anything to do with him on matters that have to do with security.

He is only playing the ostrich becuse he is not on ground, he is not in anyway relevant in the security composition of the state. He is only seeking relevance by cooking up fictitious stories and unsubstantiated information.