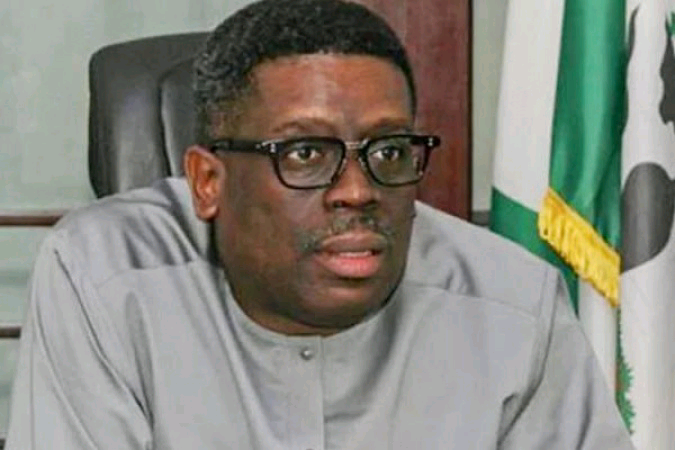 A civil rights organization, the Network for Best Practice and Integrity in Leadership (NEBPRIL), has alleged that the National Lottery Commission is involved massive fraud.

The CSO further alleged that the leadership of the commission has converted it into thriving slush funds, official malfeasance using staff personal bank accounts for official transactions.

Raising the alarm over the development, the CSO said on Monday that over 100 official bank transactions were already carried out with personal accounts of staff of the commission.

NEBPRIL disclosed that in one day October 13, 2019 the Commission used the illicit bank transaction method to disburse N15million and N17million for same purpose through a pool staff.

“The sums were disbursed for the same purpose on the same day to Kabir Abdullahi, a pool staff redeployed from the office of the Accountant General of the Federation, to head the checking unit of the Finance & Accounts department of NLRC.

“The same amount was disbursed to him the following day, for the same purpose (payment for computer consumables), totaling N64million in two days!

“In December 2020, sundry other questionable payments above the Director General’s approval limits were also made, in breach of extant financial and civil service laws,” NEBPRIL stated.

Calling for the suspension of the Director-General of the Commission, Mr. Lanre Gbajabiamila, the CSO urged the Chairman of the Economic and Financial Crimes Commission (EFCC), Mr. Abdulrasheed Bawa, to investigate the DG without further delays.

Chairman of NEBPRIL, Hon Victor Afam Ogene, in a statement said: “The Commission, under the watch of the Director-General, has seemingly enabled acts that bother on official deceit, financial fraud, administrative infractions, impunity and other forms of official malfeasance that run contrary to the civil/public service rules, Procurement Act as well as the EFCC Act.”

Ogene, former member of the House of Representatives, disclosed that NEBPRIL on April 6, 2021, wrote a letter to the Director-General, Mr. Gbajabiamila, which was received and acknowledged by his office on April 7.

According to him, the letter “sought clarifications on 143 bank transactions that were made using the bank accounts of about 20 specific staff members at different times.

“It should be noted, and curiously too, those 20 staffers are mostly from the Finance & Accounts, Internal Audit departments and the office of the Director-General.”

He said: “NEBPRIL had sought the information, as a responsible organization with strong advocacy for best practice, integrity in leadership and fairness to all parties, but sadly, till date no official explanation has been received from the Commission in response to our letter.”

Ogene further disclosed that “on April 13, 2021, a certain aide of the DG, Dr. Musa Mohammed Bagana, who introduced himself as the Media Adviser to the DG, visited our office, on the directive of his boss.

“While he didn’t present any official position of the Commission, he made verbal acknowledgement of the authenticity of some of the allegations of financial infractions, which he, however, suggested were perpetrated among other things, to provide funds to patronize the National Assembly Committees that oversee the activities of the Commission.

“This unwitting disclosure necessitated further probe into the financial records of the NLRC, and our findings were sordid.”

The petitions dated August 6, 2021, read in part: “Financial transactions in the Commission involving multiple staffers of the agency evidentially suggest a disturbing collusion of the Director-General of the commission with some Accounts and Audit staff, to enable brazen, unethical activities that amount to financial fraud.

“A close study of a few of the Finance and Audit documents of the Commission, revealed multiple, systemic official financial fraud, financial infractions, official impunity and less that transparent internal  financial governance structure in NLRC, under Mr. Gbajabiamila.”

The petition listed some of the fraud allegations thus: “It is evident based on the documents at our disposal, that some members of staff of the Commission, especially in the Finance & Accounts and also Audit departments, have made themselves willing members of the financial fraud syndicate in the commission.

“Evidently, between March and December 2019, about N348million was diverted through the use of the bank accounts of 20 staffers, in a total of 143 transactions.

“In March 2019, the sum of N26million was fraudulently mopped-up in 11 transactions, via bank accounts of nine members of staff.

The petition also listed the names of the alleged perpetrators and the roles they played as follows: “For instance, Oviawe Edwin of Finance & Accounts department (other charges), was involved in 25 different transactions where a total sum of N58,891,800 was mopped-up through his account.

“Tunde Ezomon, also of Finance & Accounts (CPO), was allegedly involved in 16 different translations and a total sum of N37.4million was mopped-up through his account.

“Adesina Ekundayo of Internal Audit was involved in eight different translations, where N19 million was mopped-up through his account.

“Gelengu Jibrin, another staff in Internal Audit department, was involved in four transactions and a total sum of N9.8million was mopped-up through his account.

“Bamodeoku Oyebode, a Personal Assistant to the DG was involved in four transactions and N8.6million was mopped-up through his account.

“Also contravention of the Public Procurement Act, 2007 and Section 2906 and 2916 of the Financial Regulations and other key extant rules in awarding multiple million naira contracts above the DG’s approval limit.”

NEBPRIL therefore implored the Chairman of the EFCC, Bawa to use his good offices to investigate these allegations and bring the culprits to book, adding that “such action being in tandem with the President Muhammadu Buhari Administration’s anti-corruption stance, would also help reconcile the faith of the ordinary Nigerian to the often stated position that under your headship of the EFCC, there will be no sacred cows, especially against the backdrop of the privileged standing of the DG, National Lottery Regulatory Commission, Lanre Gbajabiamila, as a younger sibling of Rt. Hon. Femi Gbajabiamila, Speaker, House of Representatives, and Nigeria’s No.4 citizen.