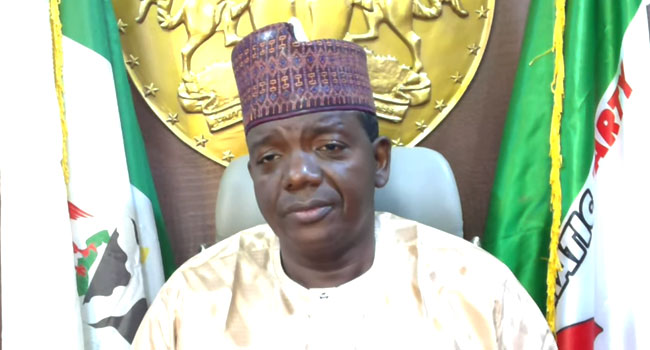 Zamfara State is gradually becoming a bandits free State, as report reaching this medium has it that operation ‘Hadarin Daji’ security forces have successfully neutralized no fewer than 180 bandits in Maru Local Government Area of Zamfara State.

The soecial forces who are saddled with the responsibilities of eliminating bandits and their logistics base in the North-West are gradually turning Zamfara State to a bandit free zone.
One of the Hadarin Daji security personnel in Zamfara State who pleaded anonymity said, “After studying some series of intelligence from the locals for almost two weeks, our ever battle ready personnels launches a successful offensive operations on different bandits Camps in Zamfara, most especially in Maru Local Government Area of Zamfara State.
According to him, “as luck would have it on our side, after fire power exchanged which lasted for about 2 hours with our men, about 180 bandits were counted to have being neutralized by our combined security forces.
Recalled that Governor Bello Muhammad Matawalle has been battling with the  terrible insecurity challenges which he inherited from his predecessor Abdul Aziz Abubakar Yari, since he assumed office as the Executive Governor of the State.
Despite this various challenges, the Governor is still doing his possible best in supporting the State based security forces to eliminate bandits and their sponsors.