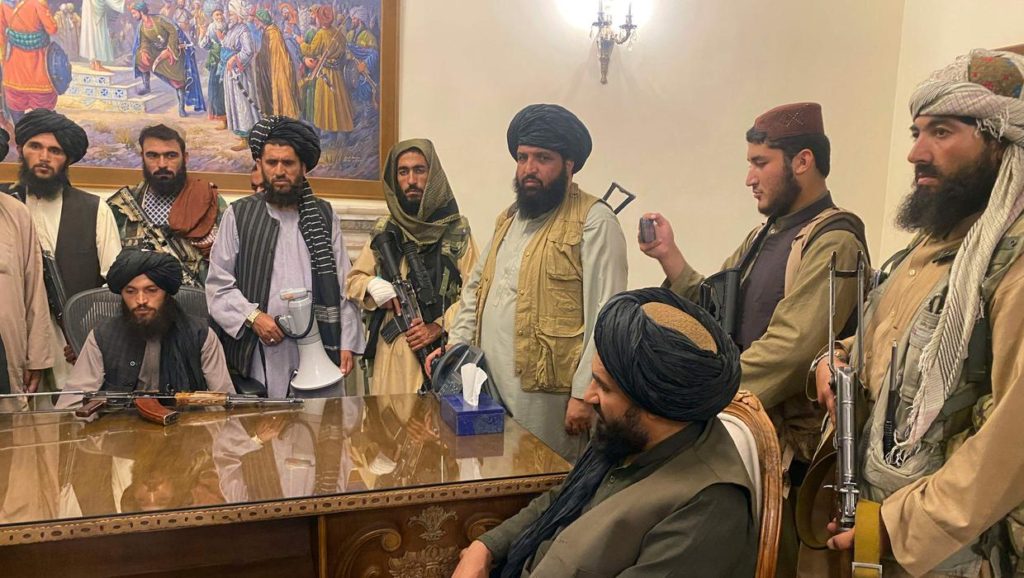 The Taliban Commander, Muhammed Afri Mustafa, has vowed that the Taliban Government will aid the spread of Islam across the whole world after overrunning civil authority in Afghanistan.

He gave this hint during an interview with the CNN
inside a United States base abandoned by Afghan forces after they ran out of food, leaving weapons and ammunition.

He said: “Many times we attacked this base when the Americans were here. We did operations, we were using IEDs (Improvised Explosive Devices).

“The Americans had their helicopters, weapons and tanks on the ground. But we, Mujahideen, resisted very well. It is our belief that, one day, Mujahideen will have victory. Islamic law will come to not just Afghanistan, but all over the world.

“We are not in a hurry; we believe it will come one day. Jihad will not end until the last day”, Mustafa vowed.

He added: “ the Taliban will do all it can to aid Jihad groups elsewhere as it aided al- Qaeda to prepare for the Jihad attacks in New York and Washington on September 11 , 2001.”

Similarly, Mawlavey Kamil, Taliban Governor, Andar District boasted that the fundamentalist group, which controlled most of Afghanistan in the late 1990s, is stronger.

“The Taliban of 2001 were new. This Taliban is experienced, disciplined. Our activities are going well, we are obeying our leaders,” he said.