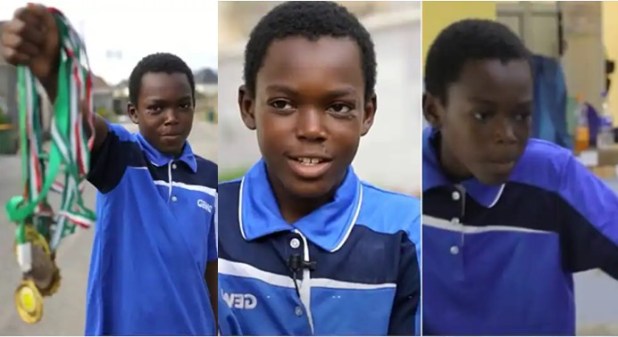 Speaking with BBC News Pidgin, the young boy said he started playing table tennis at the age of 9, adding that the sport gives him confidence.

Musa noted that contrary to general perception, nothing has changed since he became a champion. He said people still treat him the same way they used to treat him.

He found us a coach and we started training and that was how it started.”

The young prodigy who said that table tennis makes him happy and gives him confidence, disclosed that he also plays soccer, skating and other games.