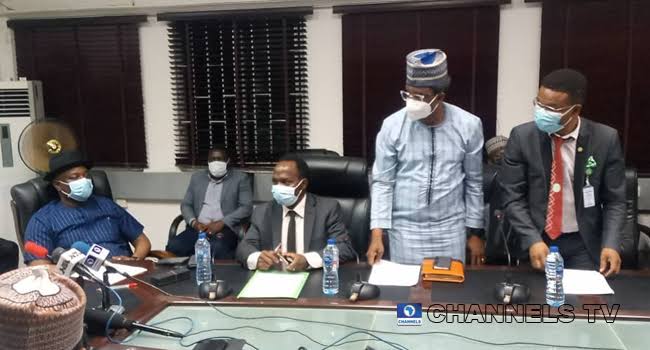 National Association of Resident Doctors (NARD) has refused assent to a new memorandum of understanding brokered by the Nigeria Medical Association to end the three weeks old strike that has crippled medical services in government hospitals across the country.

According to Okhuaihesuyi, NARD’s leadership has to consult with members of the association before he appends his signature.

Addressing journalists after the over six hours closed-door meeting, the Minister of Labour and Employment, Chris Ngige, said all other unions in the negotiation, including the Nigeria Medical Association and the Medical and Dental Consultants of Nigeria, signed the new agreement, having agreed on all the issues raised.

Meanwhile, the minister also clarified that the meeting did not discuss the issues of ‘no work, no pay,’ but said all parties at the meeting agreed to an out-of-court settlement.

The Federal Government had taken the striking doctors to court last week, as it asked the National Industrial Court to mandate the doctors to return to work.

The hearing on the case was adjourned to September 15.