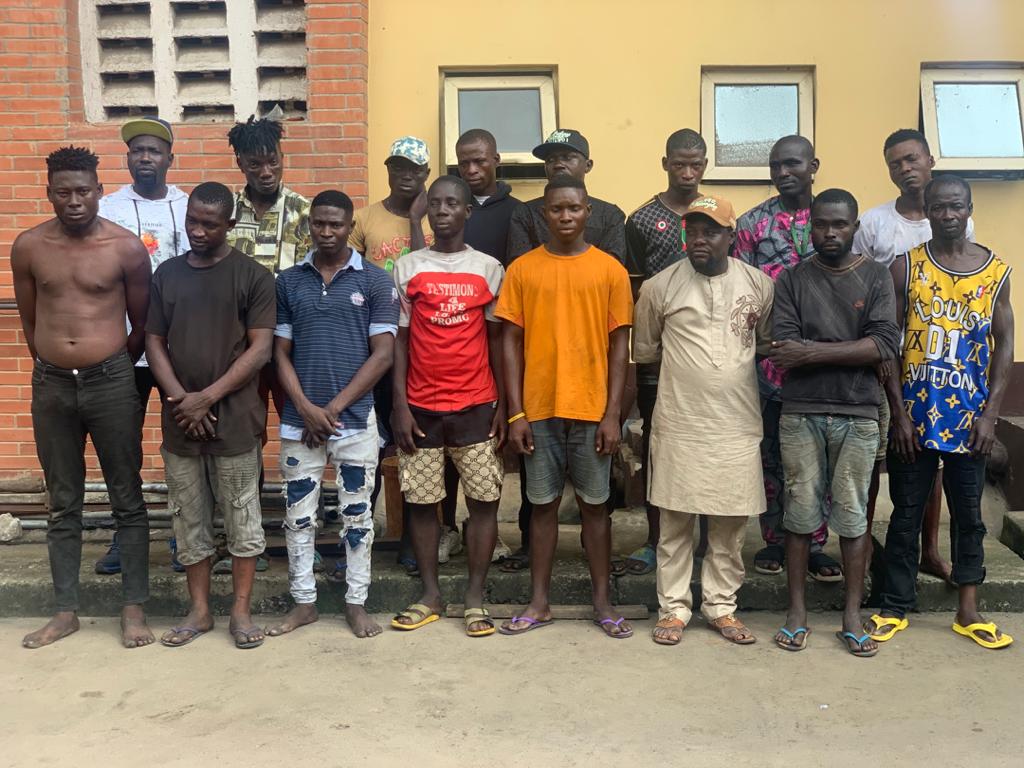 Lagos State Environmental and Special Offences Unit has arrested 16 miscreants believed to have masterminded violence and robbing of commuters in Iyana Cele and Iyana Isolo.

The miscreants, who capitalized on the peaceful no work protest embarked upon by drivers of commercial buses on Oshodi – Mile 12 Expressway to unleash mayhem on commuters, were caught molesting passersby and destroying public facilities.

According to Head, Public Affairs, Mr. Femi Moliki, the Chairman of the Lagos State Taskforce, CSP Shola Jejeloye was in the area to maintain law and order as well as listen to some of the aggrieved protesters. He, however, called for calm that Government would address their grievances.

He added that no official of Lagos State Taskforce operates between Toyota and Mile 2, adding that the agency is presently rejigging its operation in order to prevent reported incidences of illegal Taskforce operatives in the metropolis.

He noted that he has listened to all complaints against the officials of the agency noting that genuine complaints would be addressed.

It was learnt that the drivers decided to protest the installation of road signage on roads that used to serve as bi – directional ways as One – way.

The miscreants who set bonfire on Mile 2 – Oshodi Expressway prevented vehicular activities on the busy highway thus making commuters to resort to trekking.

Recovered from the miscreants were machetes, charms, cudgels and other harmful weapons.