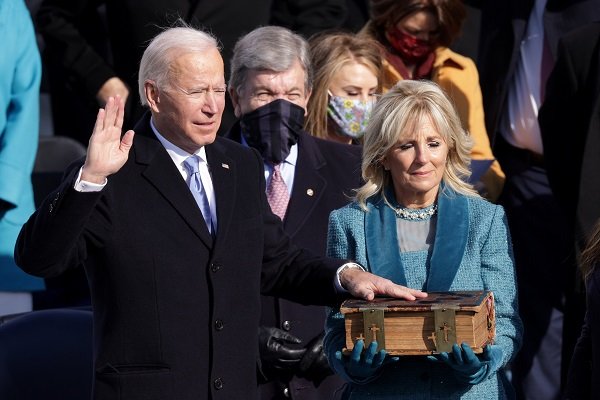 The President of America Joe Biden has condemned the suicide bomb attack on Abbey Gate of the Kabul International Airport in Afghanistan. The unfortunate incident took place on Thursday. The attack was against troops from the United States of America who was sent to assist in the evacuation of Americans and Afghans following the takeover of the Afghanistan Government by the Taliban. According to reports 60 Afghans and 12 US military personnel died from the bomb blasts carried out by two suicide bombers.

After the Taliban Jihadist Organization took over Kabul, American troops took control over the Kabul International Airport due to their evacuation mission while the Taliban had control over the streets of Kabul and the entrance to the airport, it was this way before the heinous attack on Thursday. It took nine hours for President Joe Biden to give Americans a speech regarding the bomb attack. During the speech, Joe Biden disclosed that he was engaged with military commanders in the Pentagon and Department of Defence over the unfortunate incident.

President Joe Biden disclosed that the circumstances about the attack are still evolving. He described the American Service Men who lost their lives in the bomb attack as heroes, adding that they were part of an airlift and evacuation mission in Afghanistan which is unlike anything in history. He added that the military personnel who died as a result of the attack were the bravest and most selfless military personnel on the face of the earth and the best America had to offer.

According to President Joe Biden, he said America will not forgive and will not forget, that those responsible for the bomb attack will be hunted down and made to pay for the attack. He vowed to use every measure in his command against the perpetrators of the attack. He noted that the major focus is the evacuation of Americans and their Afghan allies from Afghanistan which is currently ongoing. He disclosed that his focus, for now, is to ensure the mission is carried out swiftly before the deadline the Taliban gave elapses.

Due to the position, the Taliban are currently standing in right now, I feel it will be difficult for America to defeat them again, regardless of how strong they are, action should be taken against them before they grow stronger.

Do You Think America Can Defeat The Taliban Again, Let They Did 20 years ago?