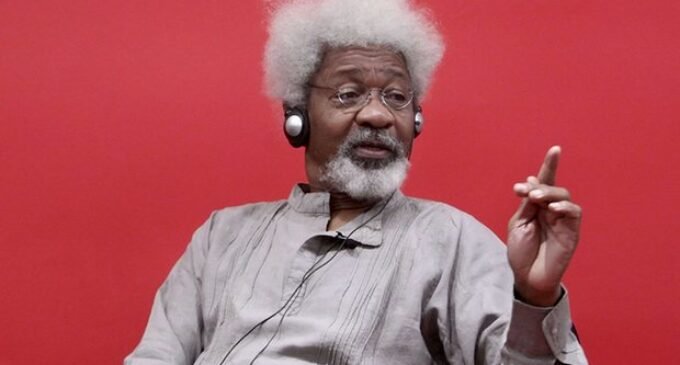 Nobel Laureate Wole Soyinka has queried President Muhammadu Buhari’s insistence on establishing grazing routes around the country despite public outcry against the policy. He said the president may be suffering from “mental delusion.”

“Perhaps the sound, the noise of the wedding bells (Yusuf Buhari) has contributed to the possible impairment of the hearing of the president of the this nation. Because he does not seem to hear anything,” the professor of linguistics lampooned.

Citing a series of groups of people that have kicked against Mr Buhari’s move, Mr Soyinka wondered why the president was obsessed “about something which is being rejected, right, left and centre.”

“Virtually the whole nation is screaming we do not want any open cattle grazing whether they go by the name cattle routes or grazing reserves. Even the all powerful and untouchable Miyetti Allah, patrons of the murderous Fulani herdsmen, have gone on record that ranching is it,” Mr Soyinka asserted.

In April and July, Southern Governors’ Forum at their meetings in Asaba and Lagos respectively announced a ban on open grazing in the region, setting a September 1 deadline for full implementation.

Similarly, Pan-Yoruba socio-political group, Afenifere, earlier in the week, described the Buhari regime’s insistence on the grazing routes as a show of tyranny “when the preponderance of opinions across the country is to do away with open grazing.”

Prof. Soyinka alleges that there was perhaps another agenda behind Mr Buhari’s setting up of a committee to recover old grazing routes across the country.

“And when we think of all that discussions, all that debates is settled in rational terms, along comes a new version of RUGA with the president insisting on sending his agents out to go and map out and recover the old grazing reserves when governments and people, experts, agronomists, businesspeople are saying this is the business and should be conducted in this particular way.” Why is the president obsessed about something that is being rejected by the people? The activist queried.

“The obsession is on such a level that even people who consider themselves rational, like my self, begin to wonder whether this is really all about cattle. Perhaps there is other kinds of agenda that we don’t know about.”

Last week, Mr Buhari approved recommendations of a committee to review ‘with dispatch,’ 368 grazing sites, across 25 states in the country, “to determine the levels of encroachment.”