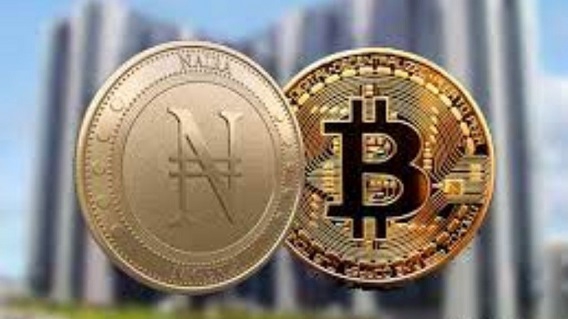 On Tuesday, August 31, the Central Bank of Nigeria (CBN) introduced e-Naira after the ban on Cryptocurrency.According to the apex bank, the e-Naira will be launched on October 1, 2021.

The CBN had announced the ban on the use of cryptocurrency; because it is not being issued by a Sovereign Authority, among other reasons.

Below are some things you should know about the e-Naira:This digital currency will allow easy transaction but is it different from any other digital currency; because it will be issued by a sovereign authority, which is the CBN.

A digital currency issued by a government works differently from a cryptocurrency like Bitcoin.

According to the CBN, the e-Naira will aid financial inclusion and propel a cashless policy.

e-Naira, which was created to facilitate digital transactions, does not need to be backed with physical cash.

It will not grow in value like Bitcoin or other crypto currencies but it will function the same way the Naira does.The e-Naira will be pegged to the Naira so their value remains the same like stable coins pegged to the dollar.

The e-Naira will be created independently of bank accounts; the wallet will be created by financial institutions that will create customer identification through an application product interface.

It is a legal tender for the entire country, it will have a non-interest bearing Central bank Digital Currency status, a transaction limit for customers and a value-based transaction limit.

As a National Critical infrastructure, the e-Naira system will be subjected to comprehensive security check, all data and personally identifiable information (PII) will be kept off the ledger and will not be stored on the ledger.

Meanwhile, the CBN has directed all commercial banks to publish on their websites; names and Bank Verification Numbers (BVNs) of customers; found to have engaged in fraudulent practices to get foreign exchange from banks.

The bank which gave the order in a circular issued on Tuesday identified such fraudulent practices to include the use of fake visas; as well as cancellation of air tickets after purchase of Personal Travel Allowance and Business Travel Allowance.

“All banks are hereby directed to publish on their websites; the names and BVN of defaulting customers who present fake travel documents; or cancel their tickets and fail to return the purchased PTA/BTA within two (weeks); as stipulated in the customer declaration form signed by them,” the circular reads