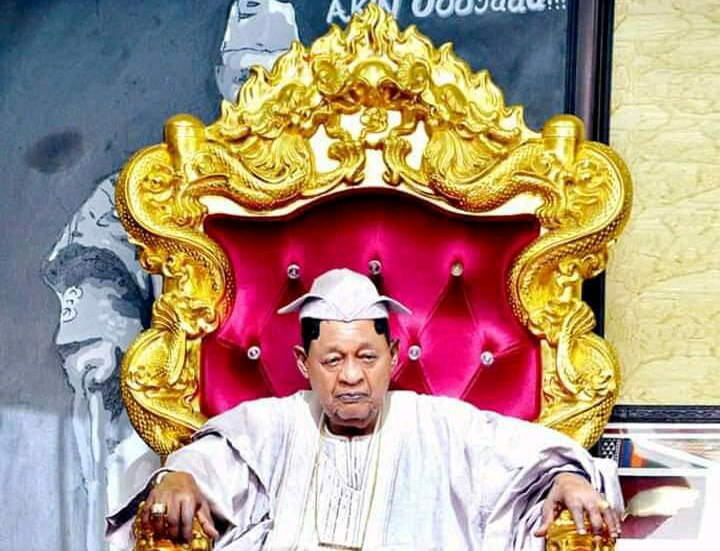 The Alaafin of Oyo Oba Lamidi Adeyemi 111 has stated only he has the exclusive right to confer chieftaincy titles that cover Yoruba land on deserving holders.
The monarch stated this while conferring the titles of Ayedero of Yorubaland and Atobaase of Yorubaland on Hon. Shina Peller and Dr. Babajide Agunbiade respectively in his palace at the weekend.

While Peller is representing lseyin/ltesiwaju/Kajola/lwajowa constituency at the House of Representatives, Agunbiade is a United States-based Oil engineer.

Oba Adeyemi said both Yoruba sons were deserving of the titles having proved to be outstanding in their chosen careers.
Justifying the titles, which cover the entire Yorubaland, the monarch said: “As I have always made known at every occasion and event such as this one, our pride as Yoruba is in our intrinsic traditions and cultural heritage.

“Yoruba as a race or nation evolved a superb constitution which though unwritten but is daintily and unequivocally observed by strong convention.

“The Yoruba chieftaincy institution is the pillar indeed, the bedrock of our system of government.

” A traditional ruler cannot, therefore, afford to be despotic without dire consequences. He, therefore, must rule within honourable norms of our traditions.

He pointed out that the recipients were recognised sons of Yoruba nation, adding that they were trusted with the mantles to bear the cultural heritage of the Yoruba race in a worthy manner.