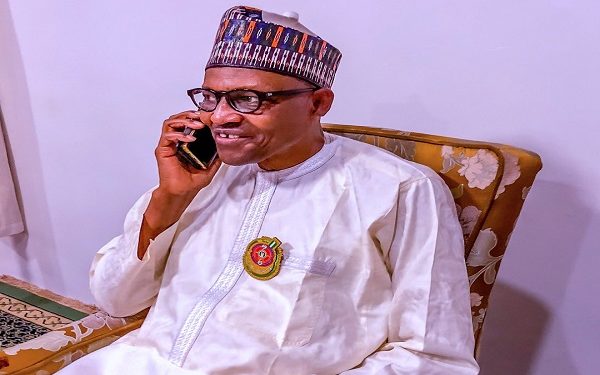 The battle lines were drawn, the drums of war drowning the initial applause that greeted the order for the financial probe of the corruption riddled interventionist agency – the Niger Delta Development Commission, NDDC, whose headquarters is in Port Harcourt, Rivers State.

The first Salvo was fired by the Vice President sometime in May 2019, while on a visit to Delta State. Professor Yomi Osibanjo had publicly declared the Commission a non-performer having failed to fulfill its first mandate of developing the oil rich Niger Delta, in 9 out of 36 states. This shot by Buhari’s Deputy had sent the signal that all was not well with the 19-year old Commission.

This created a loophole for the Governors of the 9 states to wake up from their slumber, and together they paid a visit to the President and demanded for the probe of the NDDC. The move by the Governors who were mostly of the opposition Peoples Democratic Party was seen a political witch hunt against the APC, which was now in control of the Commission. Many believed that the Governors were on a mission to provoke the President against some of his party men from the region who were believed to have their fingers in the pie. But in a twist of fate, the President, realizing the insidious agenda of the Governors, rather than settle for a probe of the Commission from the period APC took over the reins of Government, decided to extend the period of the probe from the date of inception to 2019.

The Governors were somehow trapped in their own nets, considering that the APC under Buhari had controlled the Commission for five years out of the 19-year period. Some of them were actually involved in the sleaze that had characterized the NDDC, and in turn, underdeveloped the region.

The responsibility of supervising the Commission rightfully fell on the Minister of Niger Delta Affairs and the supervising Minister of the NDDC, Senator Godswill Akpabio, who was surprisingly appointed a Minister, having lost his earlier bid to return to the Senate, after a thunderous defection to the APC from the PDP. He was a former Governor of Akwa Ibom State. Akpabio became the burden bearer as those who were against the Forensic Audit of the Commission let out all arsenals against him, all in a bid to frustrate the probe.

It is no longer news that the battleground became the National Assembly as the two Committees on NDDC in both Houses pulled every string to stop the audit or at least to ensure that Akpabio, who was one of them in the 6th Assembly, did not supervise the exercise. It was a widely celebrated battle which pitched the Management of the Commission against the National Assembly. It was an epic battle even while the Covid pandemic threatened.

There were efforts to weaken the probe even as the National Assembly fought back. One such ways was the stoppage of funds accrued to the Commission, thereby, crippling every activity in the region through the NDDC. The International Oil Companies which were largely responsible for the funding of the Commission were forced by the Economic Financial Crimes Commission, EFCC, to stop payments to the NDDC account domiciled at the Central Bank of Nigeria, CBN.

An account tagged, NDDC /EFCC was later opened with the CBN, and the IOCs were compelled to pay monies in there, and the EFCC ensured that neither the Management of the Commission nor the Minister could access the funds.

While the whole drama was on, President Buhari did not bulge as he found a way to navigate out of the roadblocks posed by the National Assembly. He chose to make available the funds for the Forensic Auditors and quickly had them inaugurated for the assignment. The urge by Akpabio to resign his appointment, at some point was deep, yet he was resilient to see to the end of the Presidential Order, to ascertain the reason why the region had remained underdeveloped in spite of all the monies released for projects.

After a painstaking period of two years, without any contracts awarded nor new projects executed, the Forensic Audit has been concluded. The President has received the report albeit through the Attorney General of the Federation and the Minister of Justice, Abubakar Malami.

A recorded of over 13,000 jobs were said to have been awarded, mobilization paid at 90% and yet, uncompleted or abandoned. A more scary revelation by Akpabio during the presentation of the report was that a whooping N3.2 trillion was paid out during the period in check, from 2001 to 2019. And additional N2.5 trillion from Statutory and Non-Statutory income, bringing the total sum to N6 trillion from inception of the Commission till August, 2019.

It is no longer surprising why the fight was intense to scuttle the probe as initial fingers pointed at Members of the National Assembly, past and present; political leaders and people of the region in active connivance with people outside the region; the Security Agencies and in some cases, from the Presidency. Even though the President has shown enough commitment to further investigate and prosecute those to be indicted, there are still doubts in the minds of most Nigerians on the reality of his assurances. This stems from the belief that 75% of those involved in the merciless rape of the region’s resources are in his Party and some, in his Government. Again, there are those who think that the President only hires but fails to fire. Not minding the recent sack of two Ministers.

While Buhari must be commended to toe the path where those before him failed, the President must complete the task by revealing the identities of those behind the monumental corruption in the Commission, no matter how veiled their identities are, considering that very many of the high profile persons may have used pseudo companies, and in some cases, withdrawn their membership of those companies from the Corporate Affairs Commission.

The man in the eye of the storm, Senator Akpabio will not be spared of more arrows, for either doing a good job or a bad one; depending from which line of the divide he is viewed.

Even though it is not his probe, but Buhari’s!

The time for the President’s highly touted integrity to be put on a scale is now. His ability to resist the temptation of dumping the much advertised audit will further prove his sincerity to spare no one, irrespective of whose ox is gored, and bring to book those who have voraciously cleaned out the resources of the poor people of the region that has continued to survive the nation’s economy, through oil and gas.

If the report is left in the hands of those who would use it as a tool for political witch hunt; or for “settlement”, then, there was no need in the first place for downing the tools and grinding the Commission to a halt for a period of 2 years.

Whatever happens, we, the people of the region demand to know who did what and what is to become of the monies trapped in that phoney Safe tagged NDDC /EFCC account?

Written by Obiaruko Christie Ndukwe, a commentator, analyst and columnist based in Port Harcourt