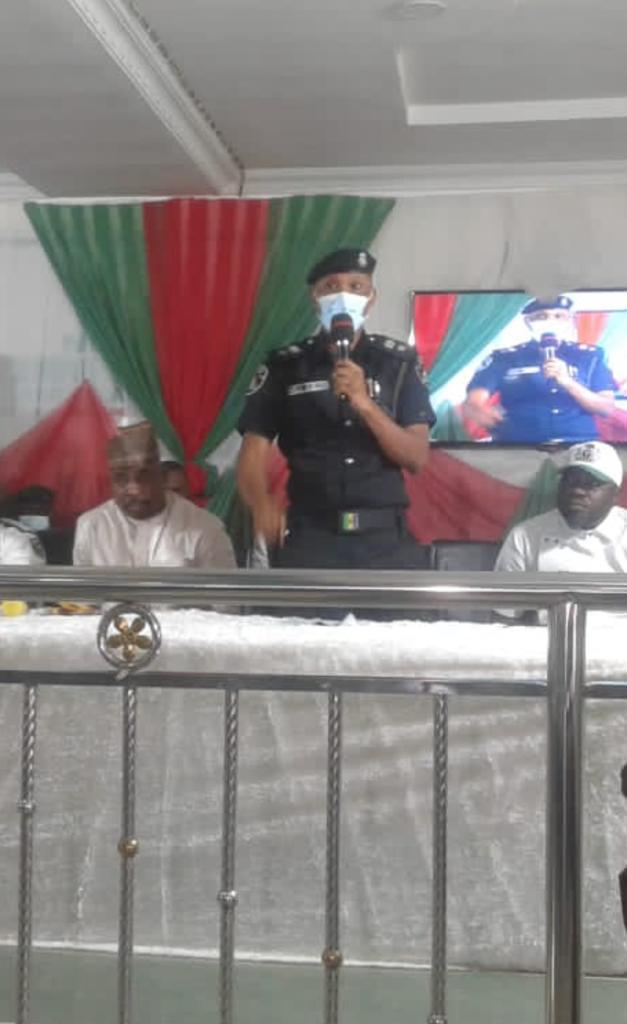 Lagos State Environmental and Special Offense Unit (Taskforce) has indicated its preparedness to collaborate with National Union of Road Transport Workers (NURTW) to educate willing commercial bus drivers in order to reduce the high rate of disobedience to traffic rules and regulations in the State just as it restated its resolve to keep its operatives in check.

CSP Shola Jejeloye who was meeting the full house of the union leaders as part of the steps to bridge the misunderstandings between commercial bus drivers and the agency’s operatives.

He stated that ‘if truly we are to eliminate friction between commercial bus drivers in Lagos State and the Enforcement Team of Lagos Tasksforce, we must be ready to educate willing union members on what constitutes obstruction, driving against traffic and driving on BRT Lane.

If this involves engaging other relevant government agencies, it won’t be a wasted effort if we desire sanity on Lagos roads”.

He added that the agency has created a team not only to monitor its operatives but also those using the name of Lagos State Taskforce to extort motorists and road users.

While promising more changes in the operations of the agency, CSP Jejeloye assured that it would all be in the best interest of Lagos State.

Appealing to his members for co – operation with the Lagos State Taskforce, the Chairman, National Union of Road Transport Workers (NUTRW), Alhaji Musiliu Akinsanya urged drivers not to pick commuters at places that are not designated as bus stops, eschew obstruction and driving on BRT lane and to avoid driving against the traffic (one-way).

He urged the branch leaders to put mechanisms in place to ensure that union members are enlightened and that they do not obstruct traffic as well as remain considerate to other road users.