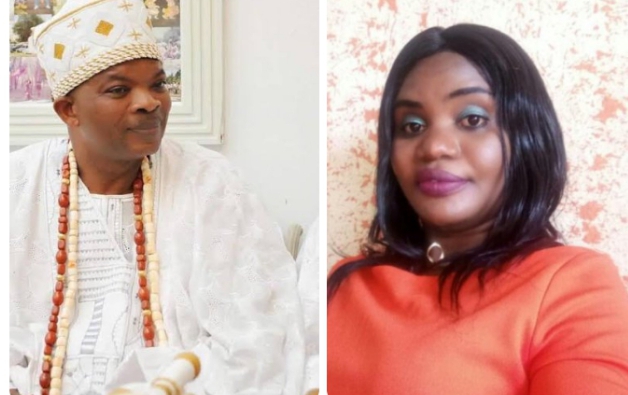 The Chief Executive Officer and Managing Director of a Grade ‘A’ Security outfit in Nigeria, Safety Signatures Limited, Mrs. Cynthia Gregg has commiserated with the family of His
Royal Majesty, Oba Bashiru Oloruntoyin Saliu, the Oloworo of Oworo Kingdom over his demise on Monday 30th August, 2021.

“Oba Bashiru Oloruntoyin Saliu lived a life worthy of emulation by the younger generation. He was a Detribalised Nigerian who preached and believed in equity, justice and fairness regardless of your ethnicity or religion”, Gregg Eulogised.

Speaking further, Gregg said: “during his reign, Oba Saliu ran an all-inclusive traditional governance in the Oworo kingdom and its environment. He ensured an orderly and secured Oworo Land”.

“Through Oba Saliu’s periodic Town Hall meeting/civic engagement with the Traditional Chiefs, Residents, Security Agencies and other stakeholders in the Oworo kingdom, He was able to restore peace among restive youths and warring groups in the Oworo Land”, Gregg recalled.

“I could remember at a point when our company, Safety Signature Limited was processing the acquisition of landed property in Oworo to expand our operations, the exercise was seamless; the Monarch never discriminated against me being a non-yoruba woman”, Gregg said.

She however prayed for the repose of the soul of Oba Bashiru Oloruntoyin Saliu.

“May the God Almighty grant the family, Lagos Traditional Council and the Residents of Oworo Kingdom the fortitude to bear the loss. I also pray to God to forgive his shortcomings on the planet earth”, She concluded.