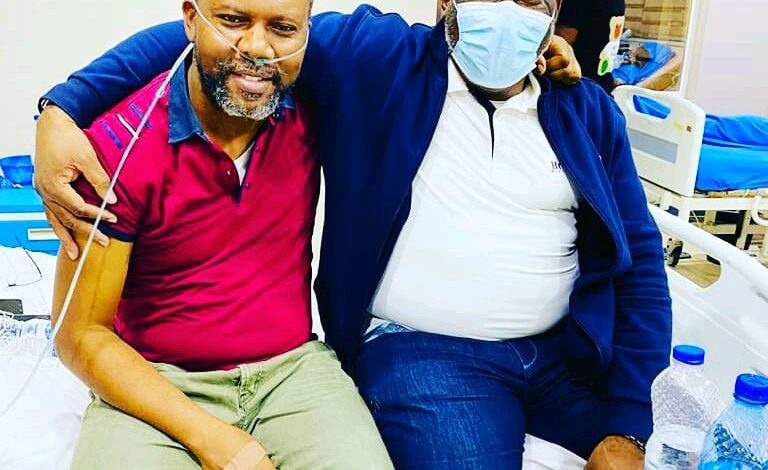 Uche Edochie, son of veteran Nollywood actor, Pete Edochie has said that he spent over N6 million to treat  COVID-19  virus at an isolation treatment facility in Gbagada in Lagos.

He stated that the facility where he was treated charged him N350,000 per day and was there for twelve days before being moved to First Cardiology Centre in Ikoyi for lung and heart rehabilitation.

The total cost of his treatment had exceeded N6 million, he said, adding that many people died of the virus because of the high cost associated with its treatment.

“COVID costs a fortune and I know a guy whose treatment cost N17 million. When I fell sick weeks ago, I thought I had malaria, so I spent the first couple of weeks treating malaria.

“By the time I realised this could be something else, it was too late and I was rushed to the hospital with eighty per cent of my lungs damaged.

“I couldn’t eat or breathe and I was on oxygen for weeks; I could not walk either, including having severe chest pains. It felt like I was dying and waking up over and over again, I have never seen anything like this,” Uche said.

The actor’s son said it was the first time in his life that he had no control over anything.

“I felt like I was on a boat drifting away in the still of the night rudderless.

“The days that followed passed by slowly and everything was a blur and I remember lying in the hospital floating endlessly like a feather in an abyss of nothing.

“The days turned to weeks and my recovery was going well. I am fully cured of COVID now and I can walk a little,” he said.

He added that his lungs would take months to heal completely, but he was currently on oxygen and other medications.

Uche urged governments to invest in affordable treatments, to prevent more people from dying of the virus, while lamenting that despite the lockdown, wearing of nose masks and vaccines, the virus was still spreading.

“Even those vaccinated are still catching it, but thank God I am back home,” he said.