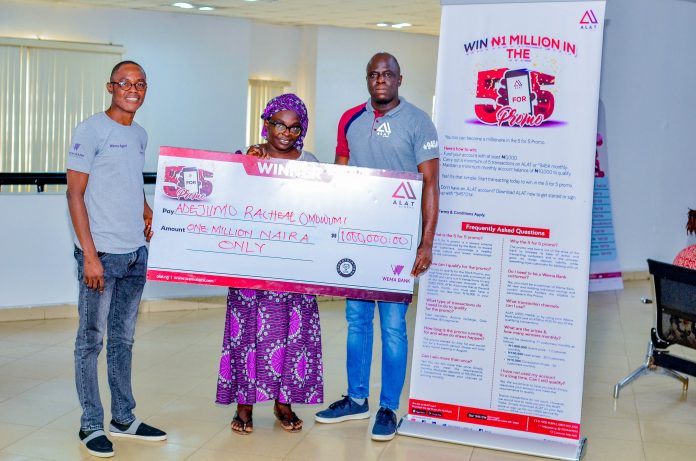 The nine-month long reward scheme, which started on the 1st of July, saw some customers move up the social status ladder, adding to the winners that have already emerged from the previous draws which took place in August, in the Ilupeju area of Lagos state,

Speaking at the draw, Head, Retail Segments, Wema Bank, Adekunle Alarapon, stated that the draw was conducted to attest to the Bank’s unwavering commitment to improving lives and enhancing lifestyles whilst also giving back to her numerous customers nationwide.

“Winners were chosen from a series of draws designed to generate monthly millionaires across the country. Winning is so easy. New and existing customers, just have to deposit at least N5,000 into their accounts, carry out a minimum of  five transactions every month on ALAT, *945#, or with their debit cards, and keep an account balance of at least N10,000 at the end of the month,” Adekunle added.