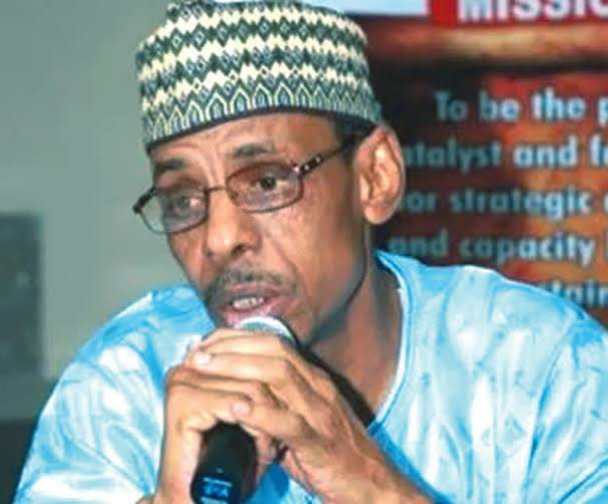 The Indigenous People of Nigeria (IPN) has disowned the Spokesman of Northern Elders Forum, NEF, Alhaji Hakeem Baba-Ahmed on the claim that the North has exclusivity of the seat of President of Nigeria.

Addressing the press on Wednesday, Convener of IPN, Mazi Nnamdi Iroegbu, said Baba Ahmed, a Mauritania , couldn’t have been speaking the minds the Indigenous Nigerians of Northern extraction on the subject.
“It is an undisputed fact that at no time did Alhaji Baba Ahmed sought nor received mandate of Northern Nigerians to speak for them on the 2023 Presidential race.

“In fact, the Fulani ethnic community, which Baba Ahmed is using to disguise as North, is a minority ethnic group in Nigeria, hence, cannot solely determine which ethnic nationalists what, when and in Nigeria.
“For the sake of emphasis, the Hausa ethnic nationality is the predominant group in Northern Nigeria.

Moreover, the North, which Baba-Ahmed seeks to misrepresent, is no longer homogeneous nor conquered enclaves of the minority Fulani ethnic nationality in Nigeria.

“It is sad that Baba-Ahmed, a man from faraway Mauritania, will be allowed by respected leaders in the Northern Elders Forum to use their platform to push for ethnic bigotry that is capable of making other ethnic nationalities of Nigeria become antagonist of Indigenous Nigerian Fulanis”, he said.

IPN, therefore called on all Nigerians, especially people of Fulani stock, to reject Baba-Ahmed and his bigotry, and embrace the call for power shift to Southern Nigeria after the presidential tenure of the incumbent Muhammadu Buhari.
It further cautioned Baba-Ahmed against making unguarded utterances and stocking ethnic tension that will consume innocent Indigenous Nigerians in pursuit of his selfish political agenda.

“We cannot tolerate hate speech from Alhaji Hakeem Baba-Ahmed because while he has Mauritania to run to in time of crisis, we the Indigenous Nigerians have no other country to run to.
“We therefore note that ignoble elites like Alhaji Hakeem Baba-Ahmed and his cotravellers may be responsible for the spate of terrorism, banditry, insurgency and other security challenges bedevilling the Northern part of the country”.

IPN further stated that in the interest of peace, equity, fairness and justice, the southern part of the country should be supported to produce Nigeria’s president come 2023, particularly from the southeast.

While commending patriotic Nigerians working for prosperity of the country, IPN urged all Nigerians to continue to put every mechanism in place to ensure that the country is salvaged from its present state