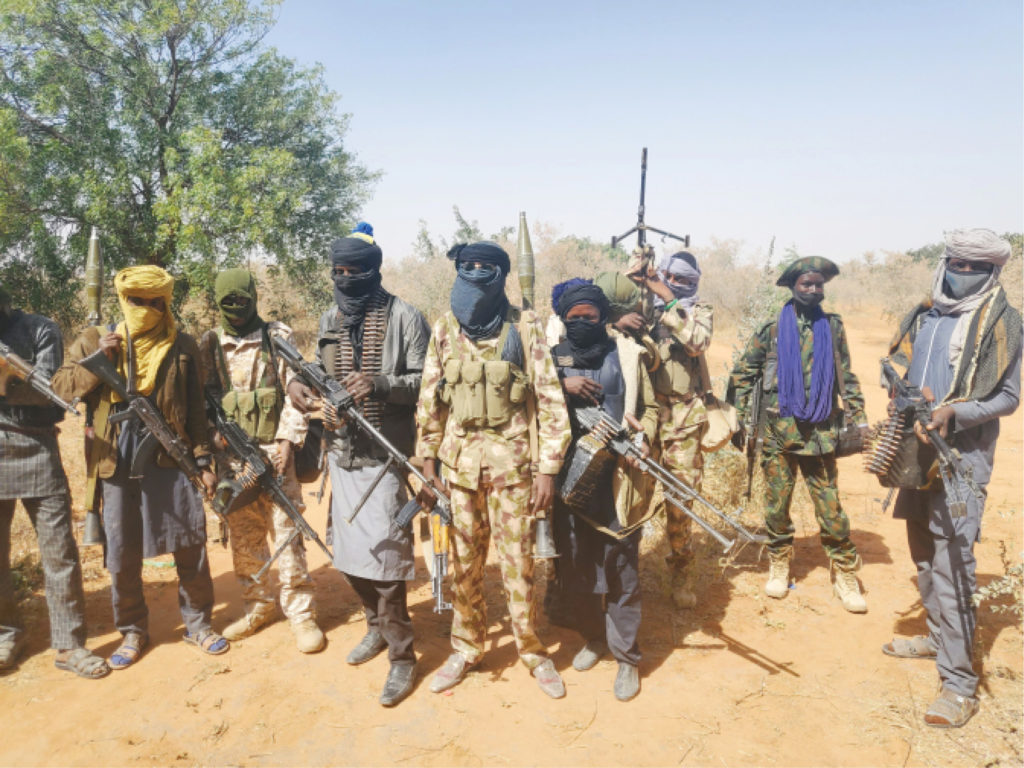 The Katsina State Governor, Aminu Masari, has said that bandits in the North-West region outnumber the security personnel in the zone.

He also accused the military and the police of not giving the vigilantes the necessary support.

Masari spoke in Katsina Tuesday when he received the Minister of Information, Lai Mohammed, who visited the state to get firsthand information on the successes recorded in the ongoing operations against banditry.

He said all the northern state governors intended to employ 3,000 trained vigilantes, “with the help of police, to arm them, but from the report I’m receiving from the current operations in Katsina State, the needed support is not given to the vigilantes.”

He said, “Let me digress a bit to address the military and the police. We’re trying to bring in vigilantes, trained by them, but they’re not giving them the necessary support.

“We have a situation in which these bandits are outnumbering the security forces, when you have volunteer forces that you’ve trained, that are willing to assist you, but the support and response by the military and the police are not encouraging.

“Now, we’re recruiting additional 500 and the emirate council is recruiting 250, if they don’t have the conducive atmosphere to operate side by side with the military and the police, how can we succeed?”
Masari said the security measures taken against banditry by northwest governors and their counterparts from Nasarawa and Niger states had started yielding positive results, “especially the suspension of GSM services, because the informants that invited bandits for kidnap or inform bandits to ambush military or police officers had been cut off.

“And also the demand for ransom normally through the GSM has drastically reduced. The banning of sales of petroleum products, along the border local governments in particular, except to designated filling stations which are allowed to sell a maximum of N5,000 to vehicles and to only operate in the day time.

“So, Honourable Minister, yes, we’ve closed markets, especially the selling of animals, banning of sales of second hand motorcycles in particular to some markets, and I think we’ll move further to all the markets in the state because we understand that it’s one source they use to buy motorcycles for their banditry and other insurgency activities,” he said.

On the ongoing military operations, Masari said the bandits had become under immense pressure and were trying to infiltrate into the communities.

He urged the federal government to take the fight to the bandits without any fear of collateral damages.

The governor, however, said there was the need to make the right calculation to minimise the damage.

On his part, the minister said banditry was not created by the present administration, hence negotiating with “people who do not share in positive values would not be tolerated