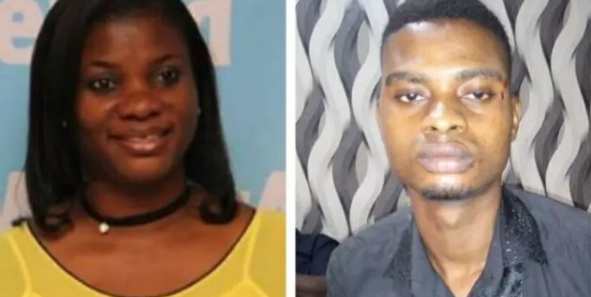 A 23-year-old chef, Joshua Usulor, has been sentenced to 28 years imprisonment by an Ikeja Special Offences Court for killing a lawyer, Mrs Feyisayo Obot in an hotel room.

We gathered that Usulor brutally murdered the 34-year-old mother of two on January 26, 2019, at the Citiheights Hotel, Opebi, Lagos State, where both of them lodged in different rooms.

Obot, an employee of an Abuja-based non-governmental organisation, Save the Children, was in Lagos to write a project management examination.

The prosecution, led by Mrs O.A. Bajulaiye-Bishi, had said that Usulor, a resident of Number 30, Fadiya Street, Ketu, Lagos, sneaked into the deceased’s hotel room to steal her money and her phones in order to offset his outstanding hotel bill.

The deceased struggled with him but was overpowered. He then stabbed her with a sharp knife on the stomach and used the same knife to slit her throat. Satisfied that the woman was dead, he made away with her phones and a cash sum of twenty six thousand Naira (26,000)

During interrogation, the suspect confessed to have committed the crime. He said he has never met Ms Obot until the day he attacked her and that he was motivated to rob the deceased to enable him offset his hotel bill having spent two days above the one day he paid for.

Justice Oluwatoyin Taiwo sentenced Usulor after he approached the Lagos State Directorate of Public Prosecution (DPP) for a plea bargain agreement in which he would plead guilty to the crime.

The DPP had in the agreement approved a term of 21 years’ imprisonment which would begin from the date of Usulor’s remand.

However, during Tuesday’s proceedings, the judge rejected the proposed prison term, saying that it was too lenient.

The judge said she would exercise the power conferred on her by Section 75 of the Administration of Criminal Justice Law to increase the prison term to 30 years.

In the plea, Ataene told the court to temper justice with mercy. He submitted that Usulor was remorseful, adding that he was a young man with a promising future.

While sentencing Usulor, Taiwo asked why he killed the lawyer, he responded; “It was a mistake, I didn’t know what got into me.”

“Your mistake has cost someone her life,” the judge said.

The prosecution was still presenting witnesses in the case when Usulor proposed a plea bargain agreement.

Usulor was arraigned on a count charge of murder contrary to Section 223 of the Criminal Law of Lagos 2015.