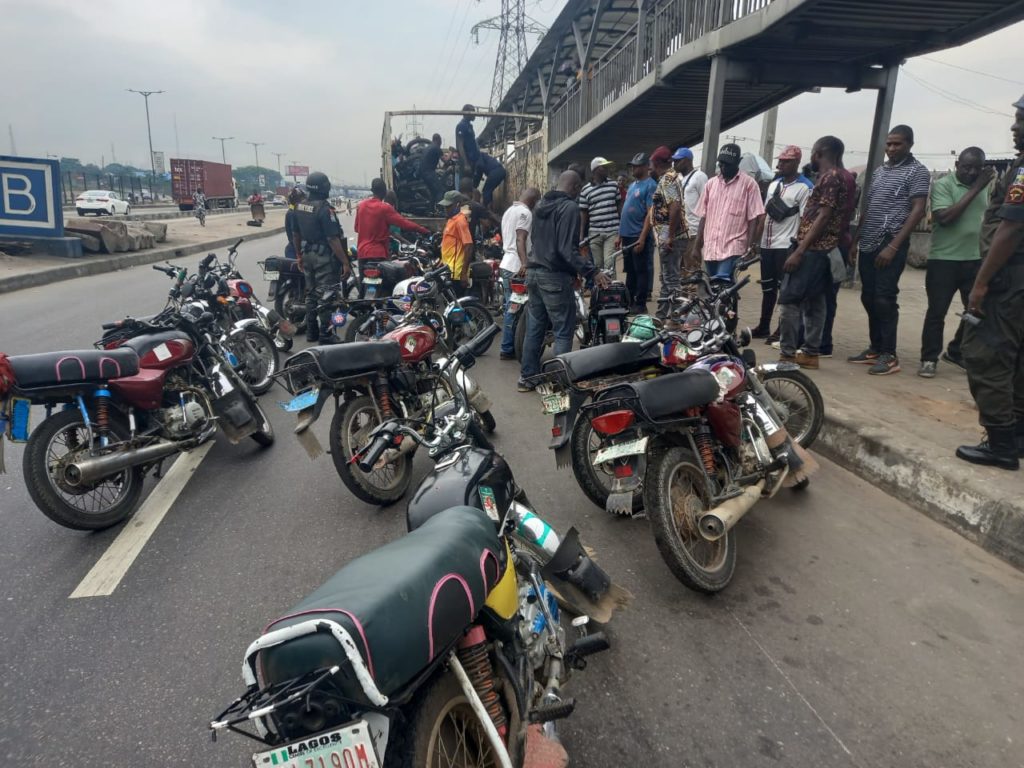 Lagos State Environmental and Special Offences Unit (Taskforce) has said it would not rest on its oars until penchant disregard for traffic rules and regulations reduces drastically among commercial motor cyclists in the metropolis just as it impounded 410 between last week and yesterday.

Giving the breakdown of the figure, the Chairman of Lagos State Taskforce, CSP Shola Jejeloye, stated that 300 motor bikes were impounded on prohibited routes last week while 110 were seized yesterday.

He explained that officials of the agency carried out enforcement in Isolo, Ojodu – Berger, Ojota, Lagos Island and Surulere last week while the enforcement drive of the agency was also extended to 2nd Rainbow, where it seized 110 motor bikes yesterday.

He emphasized that the agency would do all that is within its power to enforce the restriction of motor bikes on Lagos highways and bridges. He urged Lagosians to desist from patronising motor cyclists plying highways, maintaining that “it’s better to be safe than sorry”.

CSP Jejeloye noted that it is disturbing that motor cyclists are refusing to comply with the Lagos Traffic Law restricting them from operating on highways and bridges, adding that, the law was made in the best interest of the general public.

He stated that enforcing the law is like assisting recalcitrant motor cyclists from killing themselves and endangering the lives of other road users.