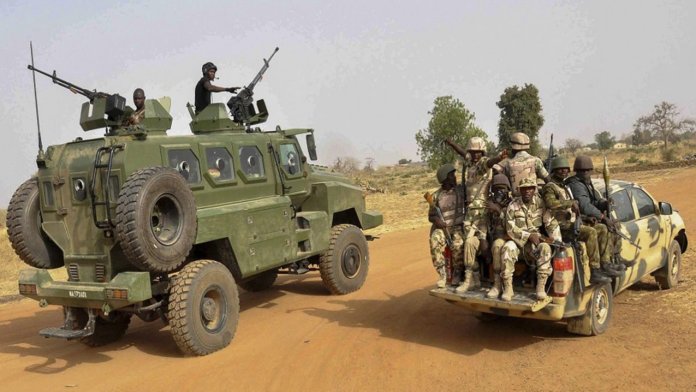 An attack on Babbangida town, the seat of Yobe State’s Tarmuwa Local Government Area, was repelled by security forces.

The town was attacked on Sunday evening by suspected Boko Haram terrorists.

The terrorists were alleged to have been overcome by the troops, causing them to flee.

According to an eye witness, Mustapha Musa, the shootings had ceased.

Our investigation also learnt that residents scurried for safety in the town after sporadic shootings by the attackers.

On Friday, he added, the insurgents attempted to infiltrate the town.

Lieutenant Kennedy Anyewau, the army’s interim spokesman for Sector 2 Operation Hadin Kai in Damaturu, did not return calls seeking comment on the matter.

Meanwhile, DSP Dungus Abdulkarim, the Yobe State Command’s Police Public Relations Officer, acknowledged the event but said there was no need for concern as of the time of reporting this story.

Babbangida is 50 kilometers from Damaturu, the state capital, and is one of the towns in the state that has been attacked by rebels on multiple occasions.