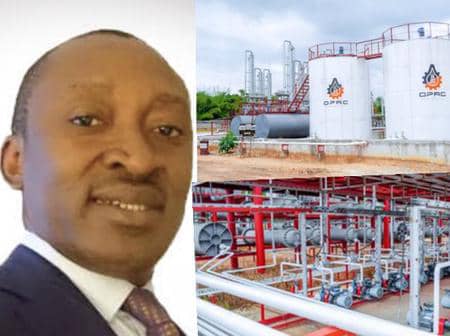 OPAC refineries, an indigenous refining company, has announced the completion of production of the first set of refined products in its refinery in Kwale, Delta state after four years of continuous development of its refining capacity.

In a statement released recently, OPAC said it had started the test run of its refinery and has completed the first production process which was able to produce Diesel – AGO, Kerosene – DPK, Fuel Oil-FO, and Naphtha – source for Premium Motor Spirit (PMS).

This development marks a formal completion of the first phase of the production process and part of a larger process of test running the crude production facility ahead of full commissioning for commercial production.

Speaking on the development, the Chairman of OPAC Refineries, Mr. Momoh Jimah Oyarekhua said “We have officially commenced the test run of our refinery with the first refined products coming out successfully. This is the pre-commissioning stage and it is going to continue for some time for a reliability test of the refinery.

“This planned official commercial commissioning will depend on how far we go with the negotiation currently ongoing with the NNPC and the cluster members for the reliable supply of crude for our refinery.

“These negotiations are currently ongoing with the NNPC, and the cluster members, for the supply of crude and we are hoping that these conversations are quickly concluded to give us the proper framework to advance quickly.

“The Department of Petroleum Resources (DPR) team was on hand to witness the first production process” he stated.

Mr. Momoh Jimah Oyarekhua hinted further that having commenced the installation of the refinery in 2017, the company is grateful to God that it has finally gotten to a level where OPAC Refineries has started production and have successfully taken a major step in putting four key products which are Diesel – AGO, Kerosene – DPK, Fuel Oil – FO and Naphtha into the market.

“We are currently on the table conceptualizing the process of adding a reformer which will transform our Naphtha into PMS so that we can produce petrol for the country to alleviate the cost of PMS on the masses in Nigeria and also to reduce importation of PMS into our country.

“This will be the immediate second phase of our project and in this, we are currently in discussions with various agencies to ensure that we succeed,” said Mr. Oyarekhua

“Being the first-of-its-kind modular refinery located at Umuseti, Kwale in Delta State, Nigeria, OPAC Refineries is equipped with a processing capacity of 10,000 barrels of crude oil per day, with plans of expansions and spread to different regions.