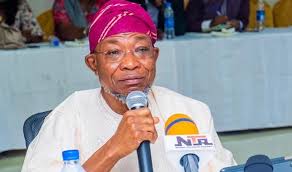 To commemorate the 61st anniversary of the country’s independence, the federal government has announced Friday, October 1 as a public holiday.

The proclamation was made on behalf of the Federal Government by Minister of Interior, Ogbeni Rauf Aregbesola.

He congratulated all Nigerians on the country’s 61st anniversary of independence and pledged the government’s commitment to addressing and resolving all concerns and problems.

AREGBEOLA SAID THAT OUR WARMTH, WELCOMING SPIRIT AND LOVE AS WELL AS THE ABUNDANT WEALTH INHERENT IN OUR HUMAN CAPITAL AND THE RICHNESS OF OUR LAND, MAKES NIGERIA UNARGUABLY THE LEADING BLACK NATION IN THE WORLD AND AFRICA’S PRIDE AND BEACON OF HOPE, IF WE CAN RALLY OURSELVES TOGETHER TO HARNESS OUR,” THE STATEMENT SAID, QUOTING THE MINISTER.

“A COUNTRY OF ABOUT 200 MILLION AND ABOVE PEOPLE WHOSE NATURAL TALENT, GRIT AND PASSION GLITTER LIKE THE PRECIOUS DIAMOND THAT WE ARE. NIGERIANS ARE SPARKLING LIKE DIAMONDS IN THE PACK, WHETHER IN ACADEMIA, BUSINESS, INNOVATION, MUSIC, MOVIE, ENTERTAINMENT, FASHION AND CULTURE. WE ARE INDEED THE LEADING BLACK NATION IN THE ENTIRE WORLD AND NO DOUBT AFRICA’S PRIDE AND BEACON OF HOPE.”

While wishing Nigerians a fruitful independence celebration, he reminded them that the nation’s founding fathers joined together for Nigeria’s freedom despite their differences in faith, tribe, and dialect.

As a result, he urged all Nigerians to join hands with the current administration in its efforts to make Nigeria a better place for all residents, both at home and abroad.

Wife of Late Alaafin of Oyo is dead
1 min read 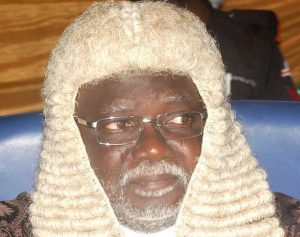