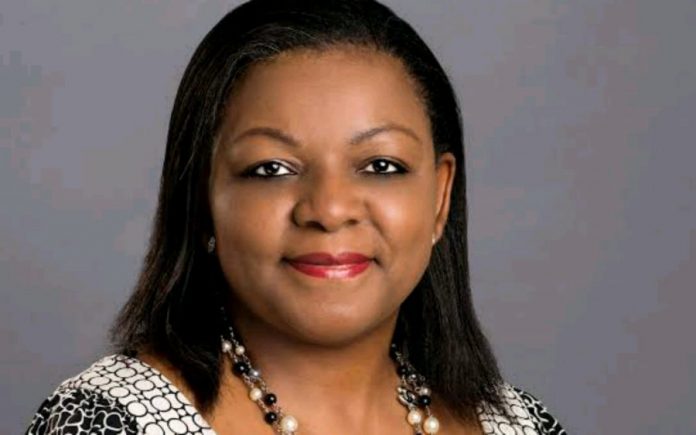 Bola Adesola is not the name you think about when you try to recall your favourite Nigerian law practitioners. On the contrary, she is more like an Amazon of the banking sector, not just in Nigeria but across the continent of Africa. With about three decades of experience in banking, there were no questions about how deserving Adesola is of her recent appointment as the first female board chairman of Ecobank Nigeria.

However, this is possibly a career reality that even she did not picture herself in when she started out her career as a lawyer in 1985.

Bola was born and grew up in Lagos, in a close-knit family of the parents and two daughters. She recalls in an interview that she was quite close to her father; “in a way, I was always the son my father never had.”

Despite being fond of her lawyer-father who she describes as her all-round hero, she started secondary school more inclined to the sciences and even did Biology, Chemistry and Maths in the A-levels examination.

She still diverted back into law and ended up bagging a law degree at Buckingham University, United Kingdom in 1984. She returned to Nigeria and was called to the Nigerian bar in 1985, before she started practising law while working with her father in Lagos.

“The advice from my parents was to get a university degree and to view it as a blank canvas upon which to paint my life and aspirations and then, to live that life. I practised law for four years, However, I was still in pursuit of what my purpose was,” she said.

Shortly after this time in the late 80s, the Nigerian banking sector started opening up with new banks receiving licenses from the regulators, and seeking new talents to recruit into their teams.

Since Adesola was still searching for an industry where she would feel at home, she decided to give banking a trial. She did the Advanced Management Program at Harvard Business School to introduce her to the basics of accounting and computing, and took a dive-in.

She applied for and got employed in a bank. This, according to Adesola, was the only time she ever had to apply or be interviewed for a banking-related job. As she progressed in her career, she later did a Chief Executive Programme at the Lagos Business School, Pan-Atlantic University.

She spent less than a year there before CitiBank head-hunted her in 1990. She worked in Citibank for nine years in senior leadership roles in Nigeria and Tanzania. She served as Country Treasurer for a while, and then as Assistant Vice-President, Corporate Finance and product development.

Soon, she was headhunted to fill the position of Managing Director / Chief Executive Officer of a securities trading firm – Kakawa Discount House Limited – one of the eight banks led by the First Bank of Nigeria.

In 2005, she was made the Executive Director, First Bank of Nigeria Plc (now FBN Holdings Plc) in charge of corporate banking. She also had oversight of the retail and commercial banking business in Lagos.

After five years, Bola Adesola resigned to take up the position of CEO of Standard Chartered Bank Nigeria Limited in March 2011. She became CEO for Nigeria and West Africa in 2015, with oversight over the bank’s West African subsidiaries, including Ghana, Cote D’Ivoire,

Mrs Adesola retired from Standard Chartered Bank as the Senior Vice-Chairman, Africa. She was recently appointed as the Ecobank Nigeria board Chairman, making her the first female board chairman for the bank group. She succeeded Mr John Aboh whose tenure recently came to an end.

Bola Adesola was honoured as the Most Outstanding Woman in Business, 2013 at the Africa Business Awards. Bola Adesola was also awarded CEO of the year 2014 from the Nigeria British Chamber of Commerce.

She holds and has held several appointments and positions both on the local and international scene. She is an Honorary Fellow of the Chartered Institute of Bankers Nigeria (CIBN).

She has also previously served on the boards of FMDQ and the Nigerian Interbank Settlement Systems (NIBSS) Plc. Adesola chairs the Central Bank of Nigeria (CBN) Bankers’ Sub-Committee on Economic Development, Sustainability and Gender.

She was appointed to the Board of the United Nations Global Compact by the UN Secretary-General in 2015 and elevated to Co Vice-Chair of the Board in 2018. She is also a member of the Women Corporate Directors Foundation.

In 2001 and along with 11 other women and one man, she co-founded WIMBIZ to create a women’s network and elevate the profile of women in management and business. It later expanded to include women in public service and other sectors. The founders now sit as Trustees, and WIMBIZ still continues to make more impact.

She counts it as one of her biggest achievements to have nurtured and coached men and women who are making impacts in their chosen paths.

“I would say that my biggest achievement is seeing them grow, develop and blossom and become leaders in their own right. I consider it an achievement when I have made a positive impact in the lives of others.”

Outside work, she is an art enthusiast and collector. Bola also loves travelling.