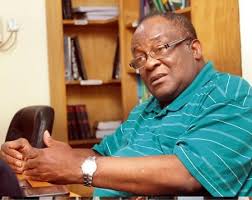 The Principal/ Founding Partner of CLRWC and a Senior Advocate of Nigeria (SAN), Chief Ladi Rotimi-Williams is dead.

Sources revealed that Rotimi-Williams died of Covid-19 complications despite being fully vaccinated.

Recall that he was appointed as a member of the Constitutional Drafting Committee in 1988.

He was also appointed Director of National Electric Power Authority (NEPA) and he served the corporation during his tenure.