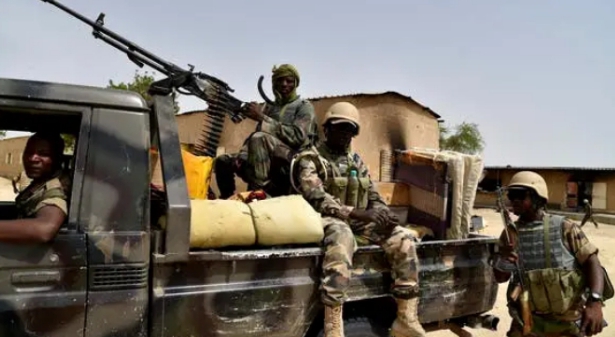 According to a report by PRNigeria on Sunday, the onslaught followed an attack by the terrorists at a security post, killing five policemen who attempted to confront them.

The incident occurred at Bangu Gari in the Rafi Local Government Area of the State.

A security source told PRNigeria that the armed bandits, who fled Zamfara State due to the ongoing military operation, had earlier wreaked havoc on the community.

“The bandits came in their large number with sophisticated weapons including rocket launchers after fleeing their camps at Danjibga and Munhaye in Tsafe Local Government Area of Zamfara State.

“They stormed the police station at Bangu Gari in Rafi LGA and killed five policemen during the exchange of gunfire.

“Immediately a signal was received and a detachment of joint security forces was despatched. The troops on reinforcement successfully ambushed the marauding bandits while attempting to escape through Tegina axis.

“At least 32 of the bandits were killed including their leaders, Karki Buzu and Yalo Nagoshi while another kingpin, Ali Kawaji sustained serious gun wounds,” the source said.