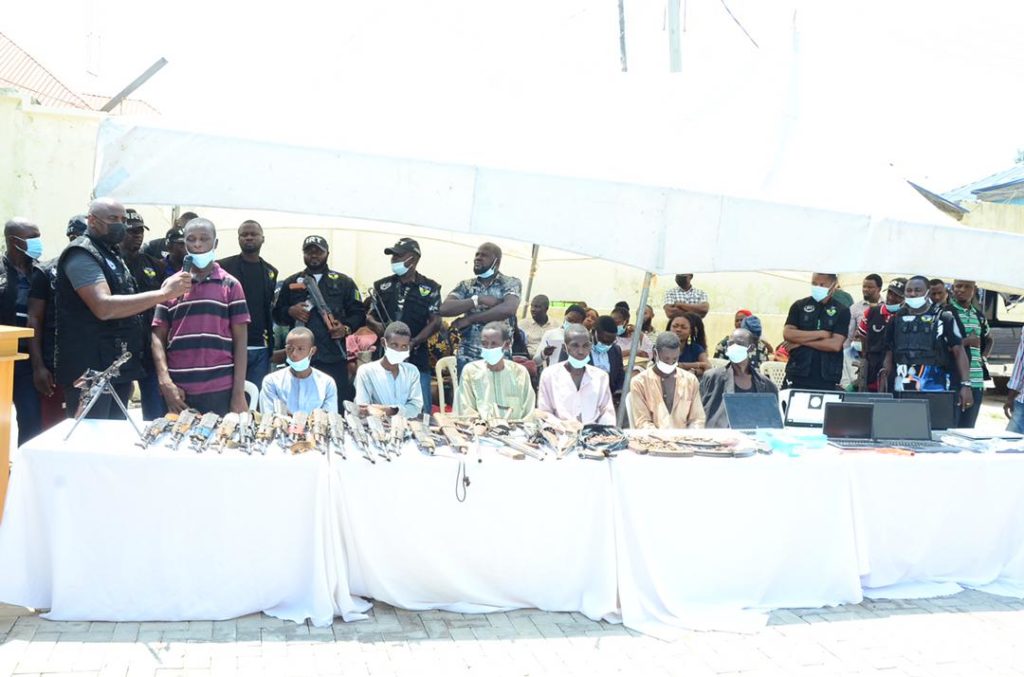 The Nigeria Police Intelligence Response Team, IRT, has crushed a notorious kidnapping gang responsible for abduction a Catholic priest and killing one of their captors.

P.M.EXPRESS reports that the suspects were arrested following painstaking investigation and vigilance of IRT operatives led by DCP Tunji Disu.

The suspects were paraded by the Police spokesman, CP Frank Mba, who advised Nigerians to be security conscious at all times.

One of suspected kidnappers, Babangida Usman, 25, a resident of Jere in Kaduna State, revealed that his gang also killed another abducted victim called Chinedu, who tried to put them under pressure.

According to Usman, “Our gang kidnapped a Reverend Father and one Chinedu, but we killed Chinedu in the process”.

The Police spokesman said they were arrested for armed robbery and car theft.
The suspects allegedly stole a Toyota Corolla car, sold it and acquired an AK-47 rifle.

According to one of the suspects, Abel, “I have been in robbery for 4 years. We operate at Masaka, Nasarawa State. I once went to prison for robbery. We snatched a Toyota Corolla car and sold it at N900,000. We used part of the proceed to acquire an AK-47 for 650,000”.

One of the suspects, Patrick, a borehole driller, said he is ready to become a changed man and urged all armed robbers and kidnappers to quit their illicit job and surrender their weapons.

The IRT, under Disu, has made tremendous progress in crime detection and busting in Nigeria.His many years experience as the Commander in charge of the Rapid Response Squad in Lagos, has largely contributed to the success the high command is recording in crime busting in Nigeria since he took charge as IRT Commander.