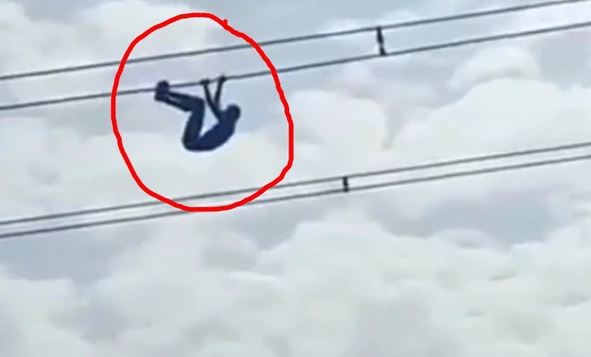 A notorious thief has been captured by angry mob while attempting to take refuge on an electric pole.  The ‘Spider Man’ thief, after he snatched the phone couldn’t penetrate the crowd.

Some people who gathered in large numbers tried to dissuade him from his dangerous attempt. They tried to bring him down, but the adamant thief climbed up to the peak of the pole.

He however met his fate when the massive crowd who had instructed the Power Holding Company to put off the light, climbed up with him and threw him down.

In the video, the man climbed on an electric pole. As he tried to save himself, a group number of people hit him with stick and metal objects. They stripped him naked while on the pole and battered him until he fell to the ground and surrendered.