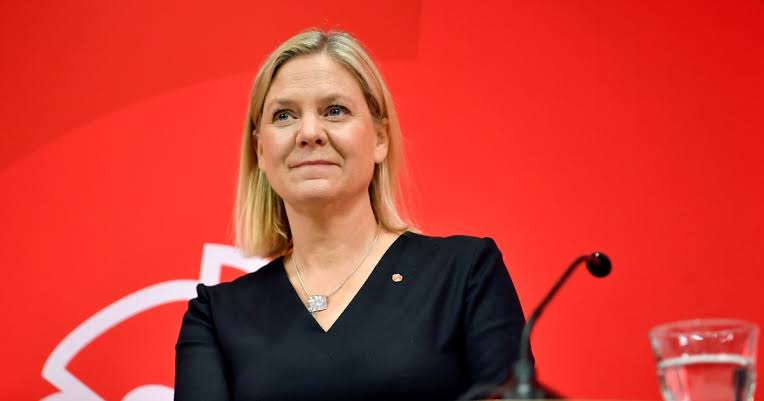 Magdalena Andersson has resigned hours after breaking the jinx to become the first female Prime Minister of Sweden.

“I have told the speaker that I wish to resign…For me, it is about respect, but I also do not want to lead a government where there may be grounds to question its legitimacy,” said Andersson at a news conference last Wednesday.

Despite receiving a standing ovation at the Swedish parliament last Wednesday, she ceased being the leader of the Nordic country in a matter of hours.

VOA reported that she turned in her resignation “after suffering a budget defeat in parliament, and her coalition partner, the Greens left the two-party minority government.”

Ms Andersson government’s budget proposal was rejected, favouring one presented by the opposition with a vote of 154-143.

“A coalition government should resign if a party chooses to leave the government. Despite the fact that the parliamentary situation is unchanged, it needs to be tried again,” she added