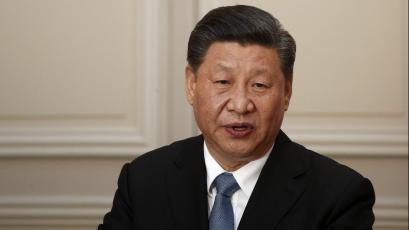 While China has consistently doubled or even tripled its financing pledges for Africa during previous Forum on China-Africa Cooperation (FOCAC) meetings, the stagnation of this sum at the last FOCAC summit, held in 2018, should have raised concerns.

This year for the first time, the Asian giant has cut down investment pledges from $60 billion to $40 billion, at the recently concluded ministerial level FOCAC meetings held in Dakar, Senegal. This is a worrying sign of the times for the continent.

It’s easy to rationalize this drastic reduction as a result of China’s poor economic performance in the wake of the pandemic with China’s GDP growth at 2.3% in 2020, down from 6.0% in a pre-pandemic 2019, but this doesn’t tell the full story.

As Africa’s largest creditor, defaults and risk of defaults from African countries are a major risk to China. For example, Zambia, the first covid-era African country to default on sovereign debt in 2020, owes China $6.6 billion. With African leaders including during the conference calling for debt renegotiation amid weak economic forecasts for the region, tightening of purse strings in Beijing is understandable.

Although AU Commission Chairperson Moussa Faki Mahamat welcomed Xi Jinping’s announcement to cancel debts due in 2021, he stated that the financing gap of around $290 billion for the continent is worrying, calling on China to “intensify its efforts to multiply measures aimed at alleviating this burden on national economies, some of which are already heavily affected by peace and security threats.”

Wishing to go further than the cancellation of certain debts, he called on the partners to take advantage of the forum to sign precise and binding agreements concerning future infrastructure works and the modalities of their financing.

Paradigm shift as a consolation prize

However, China seems to show increased devotion to move from the traditional infrastructure and construction investment model to a local development approach. Xi pledged to “encourage its businesses to invest no less than $10 billion in Africa in the next three years, […] establish a platform for China-Africa private investment promotion [and] support the development of African SMEs.”

Beijing also committed to deliver an additional 1 billion doses to the continent, 600 million of which will be donations and 400 million would be provided through joint production by Chinese companies and relevant African countries.

The trade promotion program notably includes tariff-free market access for least-developed countries, something it has promised since the second Ministerial Conference held in Beijing in 2003, and exemption from debt incurred in the form of interest-free Chinese government loans due by the end of 2021, a pledge made at FOCAC in 2018.

This paradigm shift can be seen as a way for Beijing to comply with African countries’ call for a more holistic approach to development, or a way to turn away from the “debt-trap diplomacy.” However questions still remain about how this significant decrease in investment from China will impact economies, many of which are highly impacted by the pandemic, climate catastrophes, and political turmoil.

The trade promotion program calls for cautious optimism. If in fact it can be realized as per the plan, it could allow African countries to narrow the trade deficit that currently exists, with China’s 2019 exports to Africa amounting $113.2 billion while imports from the continent were $95.5 billion. This all depends on how much say both African and Chinese entities will have in the program.