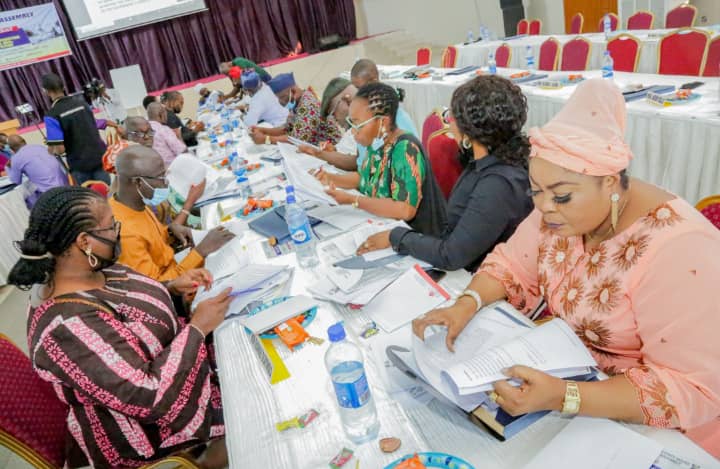 The Lagos State House of Assembly is poised to ensure that the 2022 budget works in the interest of the residents of the State, Speaker Mudashiru Obasa has said.

Obasa said this on Thursday at the opening of a 3-day budget retreat with the theme: Addressing the service delivery priorities of Lagosians in the post-COVID era: issues, opportunities and options’ held in the Lekki area of the State.

The Speaker, who was represented by the Deputy Speaker of the House, Hon. Wasiu Eshinlokuni-Sanni, noted that Lagos had always been successful with budget performances because the State had always produced leaders who remain passionate about its development.

He said the retreat was meant to help participants understand government’s policy drive as well as work in collaboration with the executive arm to achieve it.

“It is basically to help us understand the policy direction of the state government and help us key into it for the growth and progress of the state and its people.

“It is also to help us understand the various provisions of the budget,” he said as he urged for an all-inclusive participation by those at the retreat.

While welcoming participants to the retreat, the Acting Clerk of the House, Mr. Olalekan Onafeko, thanked the participants for showing their individual zeal to make Lagos a great State.

Onafeko noted that whatever was discussed would be of importance to Lagos residents in terms of service delivery by the House of Assembly.

Recall that the State Governor, Mr. Babajide Sanwo-Olu, on November 24, presented the 2022 Budget of Consolidation at the House.

The budget was later committed to the Joint Committees on Economic Planning and Budget and Finance for further legislative scrutiny after it scaled second reading at the House.

The retreat, therefore, seeks to prepare the participants to critically examine the budget as well as proposed strategies and issues for engagement with Ministries, Departments and Agencies MDAs during their budget defence.

It further seeks to enhance participants’ understanding of the Lagos State fiscal law and the public financial management Law and related matters.

Some of the lawmakers who spoke about the retreat said they expected to gain more knowledge, rekindle their passion for progress of the State and continue to work with the other arms of government to sustain Lagos as an enviable State.

Mrs. Oghogho Olabisi of Hybitel Limited, which facilitated the retreat, said that the event would support the Lawmakers to dispassionately engage the MDAS in their defence sessions.