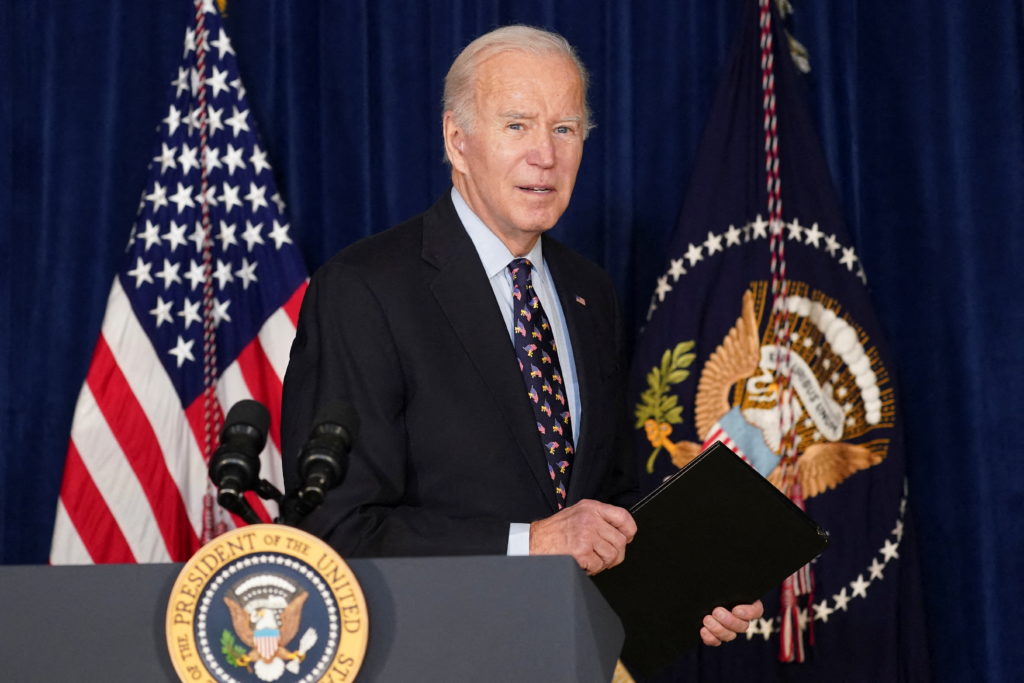 U.S. President Joe Biden looks on as he speaks about the deadly tornadoes that struck Kentucky, in Wilmington, Delaware, U.S., December 11, 2021. REUTERS/Kevin Lamarque

U.S. President Joe Biden looks on as he speaks about the deadly tornadoes that struck Kentucky, in Wilmington, Delaware, U.S., December 11, 2021. REUTERS/Kevin Lamarque

WILMINGTON, Del., Dec 11 (Reuters) – U.S. President Joe Biden on Saturday approved an emergency declaration for Kentucky after the state was battered by a swarm of tornadoes that killed at least 70 people.

The storms, which weather forecasters said are unusual in cooler months, demolished a candle factory and a fire station in one Kentucky town, devastated a Missouri nursing home and killed at least two workers in an Amazon.com (AMZN.O) warehouse in Illinois.

Biden has ordered federal aid to supplement the response from state and local authorities, the White House said.

“It’s a tragedy. And we still don’t know how many lives were lost and the full extent of the damage,” Biden told reporters.

Asked if he thought climate change played a role in the devastation of the storms, Biden said he would be asking the Environmental Protection Agency and others to take a look.

“Acknowledging that the likelihood of fewer weather catastrophes, absent a continued movement on dealing with global warming, is just not going to happen,” he said.

Biden also said a longer-term question, beyond the immediate response, sparked by the disaster for the states and the nation would be about the tornado warning systems.

“One of the questions that are going to be raised, I’m confident, is: What warning was there? And was it strong enough and was it heeded?” Biden said.

Earlier on Saturday, Biden had spoken with the governors of five of the states hit by the storms – Arkansas, Illinois, Kentucky, Missouri and Tennessee – to express condolences and a commitment to delivering aid quickly, according to the White House.

The Federal Emergency Management Agency (FEMA) is sending emergency response personnel, water and other needed commodities to seven states affected, and Biden has ordered a surge of resources to locations with the greatest need that will make other federal resources and personnel available. read more