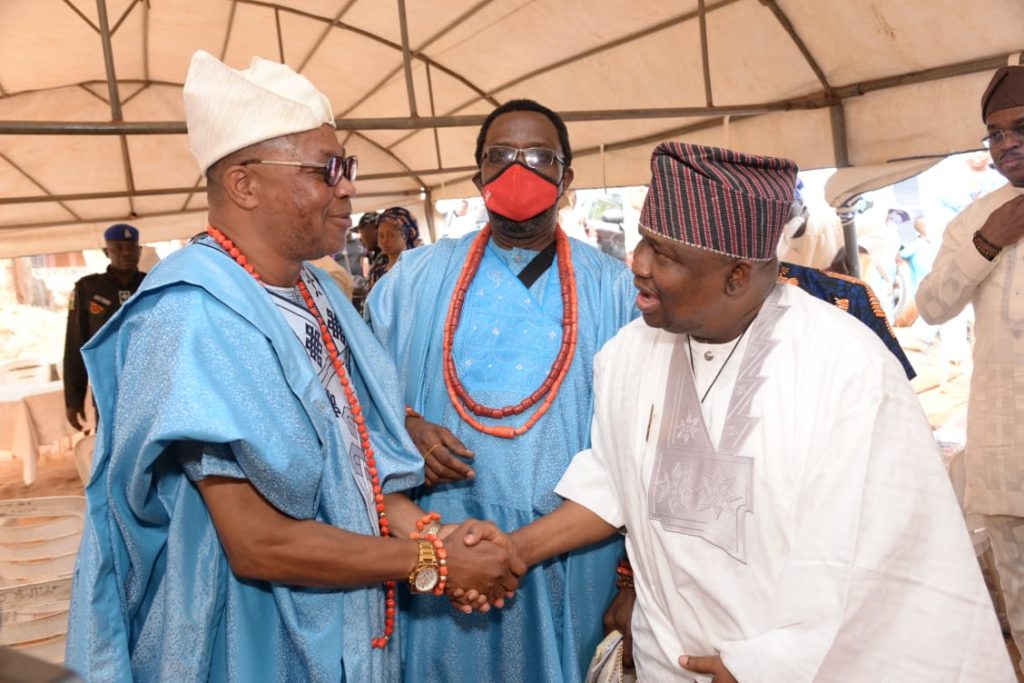 The burial party turned carnival had in attendance movers and shakers of Ogun State politics, as top government functionaries stormed the conference hall of the Frontier hotel to honour the media connoisseur, Chief Kayode Odunaro.

At the Church service held at Christ Apostolic Church, Oke-Isegun, Ilaro, Governor Dapo Abiodun of Ogun state who led the state government entourage described the late Nonagenarian as a disciplinarian who instill moral and fear of God in his children.

Governor Abiodun who was represented by his Commissioner for Budget planning, Mr. Laolu Olabimtan said the role ‘Baba Olopa’ played during the peace-keeping mission to Congo in 1963 helped Nigeria resolve the age-long crisis on the African continent.

In his remark, the Chairman, Senate Committee on finance, Senator Solomon Adeola Yayi thanked God for a life well spent by the deceased, saying he grew up to know late Josiah Odunaro as a community leader and God-fearing person with kind-hearted virtue.

Senator Yayi who spoke glowing of the deceased prayed God to gift him longevity and good health to touch lives as exemplified by the late Police Officer.

Immediately after the church service, the train moved en mass to the reception where guests were treated to a sumptuous meal and good music.

The late Odunaro was the Osi Ajiroba of Olu Ilaro-Yewa. He joined the Nigeria Police College in 1950 and began his long career as a law enforcement officer that took him across most towns and communities in Southern Nigeria as well as outside the shores of Nigeria for 28years until his voluntary retirement as a Sergeant Major in 1978.