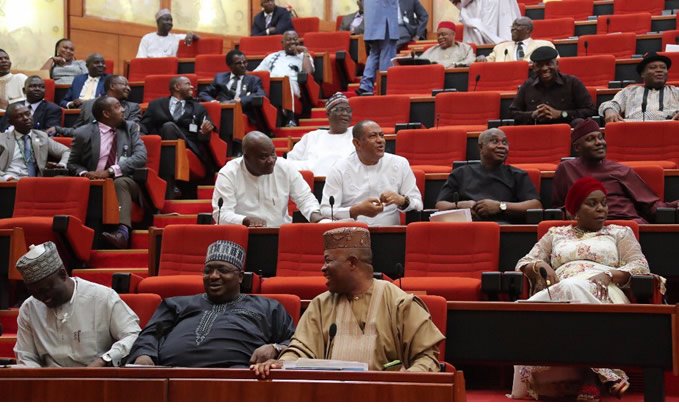 A senator representing Kwara north, Sadiq Umar, has explained why the upper chamber did not override President Muhammadu Buhari on the electoral amendment bill.

According to NAN, the senator made the comment while speaking to journalists in Ilorin on Friday.

On November 19, the electoral bill was transmitted to Buhari for assent.

Compulsory direct primaries for political parties and electronic transmission of election results are among the amendments proposed by the national assembly.

But Buhari rejected the bill on the grounds of insecurity and the cost of conducting direct primaries, adding that the recommendation “violates the spirit of democracy”.

Despite numerous calls for the national assembly to override the president, the lawmakers failed to do so.

Speaking on the development, Umar said the senators resolved to consult their constituents on the matter, adding that “when we resume, we will do what the people want us to do or what we think is best for Nigeria”.

“What happened was that after the national assembly passed the electoral amendment act, the president wrote back to us giving reasons why he could not assent to it.

“We believe some of the reasons, some we don’t. For the senate, we were ready to override the president at that time.”

He said the senate could not proceed with overriding the president because of the decision of the house of representatives to hold “more consultations”.

“For us, we were prepared to do what we wanted to do but given our rules and constitutional provision, even if we eventually overruled the president in the senate, it would have been null and void, because there has to be concurrence by the two chambers,” he said.

“So, the senators also bought into the decision of the green chamber to consult with our people so that when we resume, we will do what the people want us to do or what we think is best for Nigeria.”