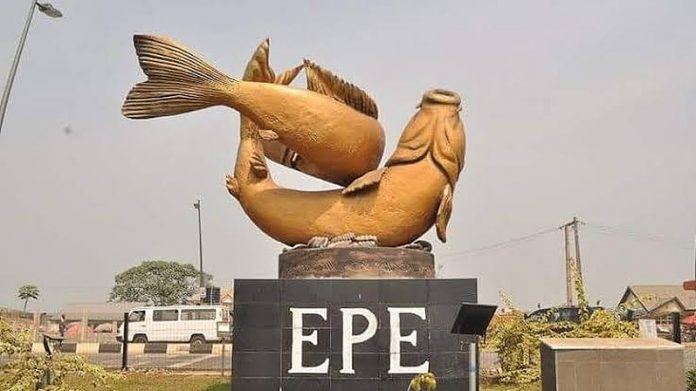 A home for the elderly, amongst other social security benefits, will usher in the new year in Epe as the fish basket of Lagos outlines an array of developmental projects aimed towards ameliorating the social and economic landscape of the Division.

While taking Eko Hot Blog on a tour of the facility, Mr Tunde Thani expressed optimism that the structure would serve as a catalyst to Epe’s elite gentry to pool resources and efforts towards erecting similar facilities like Rehab centres, Orphanage homes, Youth centres and the likes.

“I think this project will change the mindset of our rich kinsmen towards giving back to our ancestral home which will address so many socio-economic problems,” he stated

He noted that a facility of this nature has become paramount in any society considering the plight many old people have to endure at a time when it becomes difficult for them to cater for their own needs.

Mr Tunde Thani, the coordinator of the project is the Chief Executive of Explicit Communications, who holds a B.Sc. and M.Sc respectively in Mass Communications from the University of Lagos (UNILAG). The business outfit is an advertising professional managing both Private and National organisations such as Nigerian National Petroleum Corporation, NNPC, Department of Petroleum Resources, DPR, Green Life Pharmaceuticals Limited, Intercontinental Distillers Limited, IDL, Aero Contractors, Federal Character Commission, HMO, just to mention a few.

Reflecting on the history behind the piece of land upon which the facility is erected, Mr Tunde said the motivating factor behind the project was the thrilling statistics of old and indigent people who have no access to social welfare or adequate healthcare.

He noted that it became germane to erect the facility to help them have a platform to socialise and also have their basic/everyday needs catered for.

According to him, other activities to be effectuated at the facility include counselling sessions, advocacy programs and medical interventions.

The Facility, according to him would have on-call – Doctors, matrons, diagnoses, Pharmacy and Social sections to care for the elderly ones.

As gathered by Eko Hot Blog, after due certification by Government regulatory authorities, the facility is billed to be operational after its commissioning in January 2022.