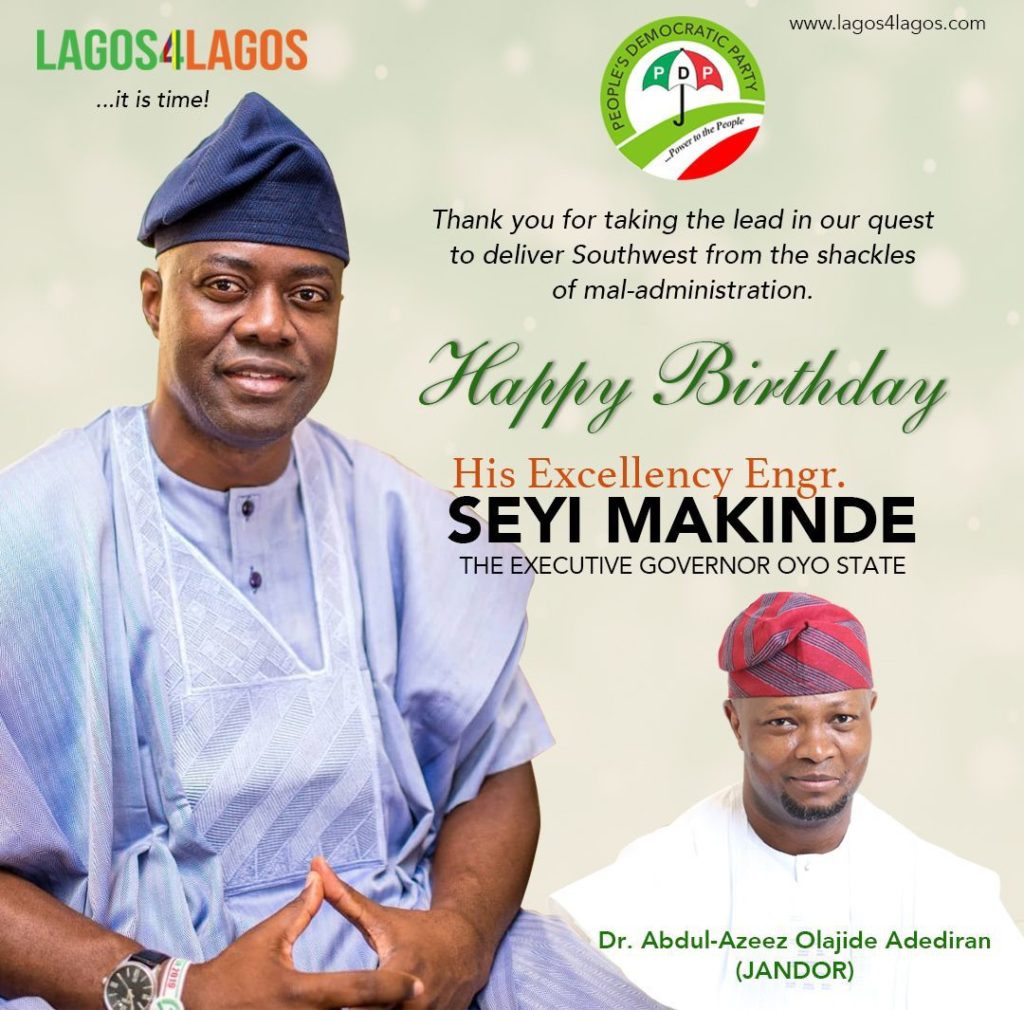 …..says his political trajectory inspires the quest to have a Lagos that works for all.

In a goodwill message, Jandor noted that the governor, who shares the same birthday as Jesus Christ, has demonstrated sterling leadership qualities in piloting the affairs of the state and the party.

Jandor said, “I am happy to identify and celebrate with our leader, the executive Governor of Oyo State, Governor Seyi Makinde, on this great occasion of his birthday..Governor Seyi Makinde’s genuine passion for the development of the pacesetter state, and the growth of everyone around him has earned him so much respect among his people and our party, PDP.

According to Jandor, Governor Makinde’s successful career in business and politics has become a source of inspiration for the younger generation of politicians and business men in Nigeria.

“At 54, God has crowned your efforts as a father, husband, businessman and politician with success. You have demonstrated the qualities of a good leader, father and governor. As a prominent leader in our party, you have continued to provide good leadership and direction to the admiration of our party faithfuls in the South West and the country at large.

On this great occasion of your birthday, I pray for long life and prosperity for you as we continue to draw inspiration from your political trajectory and achievements in our quest to return democratic choices and power to the people in Lagos come 2023.