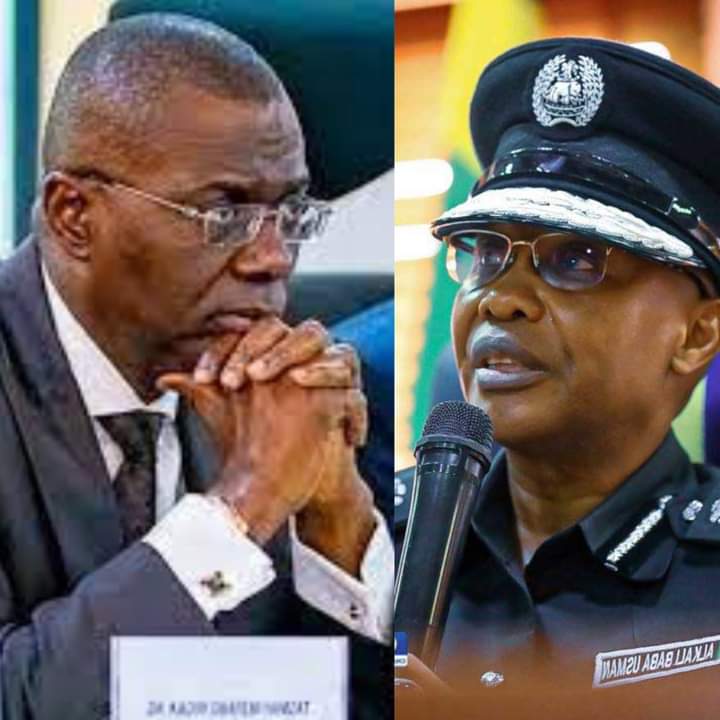 A Senior Advocate of Nigeria, Ebun-Olu Adegboruwa, has said that Lagos State Governor, Babajide Sanwo-Olu, should not have openly confronted a Chief Superintendent of Police at the Magodo Phase 2 Estate area of the state because of constitutional limitations.

According to the senior lawyer, the encounter between the governor and the police officer was a clarion call to the need for restructuring and state policing.

The CSP told the governor that he and his armed colleagues were at the estate on the orders of the Inspector-General of Police, Usman Baba; as well as the Attorney General of the Federation, Abubakar Malami (SAN).

Sanwo-Olu had led members of his cabinet to visit the residents protesting the continuous presence of armed policemen in the estate.

For days, policemen besieged the estate in the company of suspected land grabbers and members of a family who had planned to demolish property in the choice estate to execute a Supreme Court judgment. The development caused commotion at the estate as landlords and tenants panic over their fate.

Addressing the CSP before journalists, Sanwo-Olu said, “Can you call your superiors in Abuja and tell them that the governor is here and as the Chief Security Officer, you don’t have any business being in my state right now and that I want you to disengage right now?”

But Oyewole replied, “I am here on the instruction of the Inspector General of Police through the AGF. I am too small or too low to call them. Your Excellency sir, you can call them sir.”

In a chat with our correspondent, Adegboruwa said the governor was not well-advised and shouldn’t have made such public appeal to sentiments knowing that the police weren’t under his control.

The senior lawyer said, “In a federation, the governor should have complete territorial control of the state where he has been elected to govern. The difference between the governor and the Chief Superintendent of Police is in the mandate of the people; the governor was elected as the representative of the people whereas the police officer is part of the servant and people who serve the collective aspirations of our people.

“To that extent, it should not have been openly possible for us to have a situation where in the public glare the police defy the chief public officer of the state.

“I believe that the governor was not well-advised to embark on open confrontation with the police knowing the constitutional limitations that hinder his directives or operational instructions to police officers who are not directly under him.

“There should have been caution on both sides; there ought not to have been an open confrontation between the governor and the police because these are issues we have known since 1999 that the constitution has more or less stripped the governors of any powers in terms of control of security. So, to make such appeals to sentiments was not totally commended on the part of his excellency, with all due respect.

“But having said that, it addresses the need for us to rejig the constitution and work out a proper Federation. I do not support in any case that the governor should be helpless in containing crisis in a state.”

“The 1999 Constitution tells a lie against the people of Nigeria when it claims that we are running a Federation but strips the Governor of a State of powers over security.

“In the final analysis, only restructuring can save this nation. Those who make peaceful change impossible make violent change inevitable,” he added