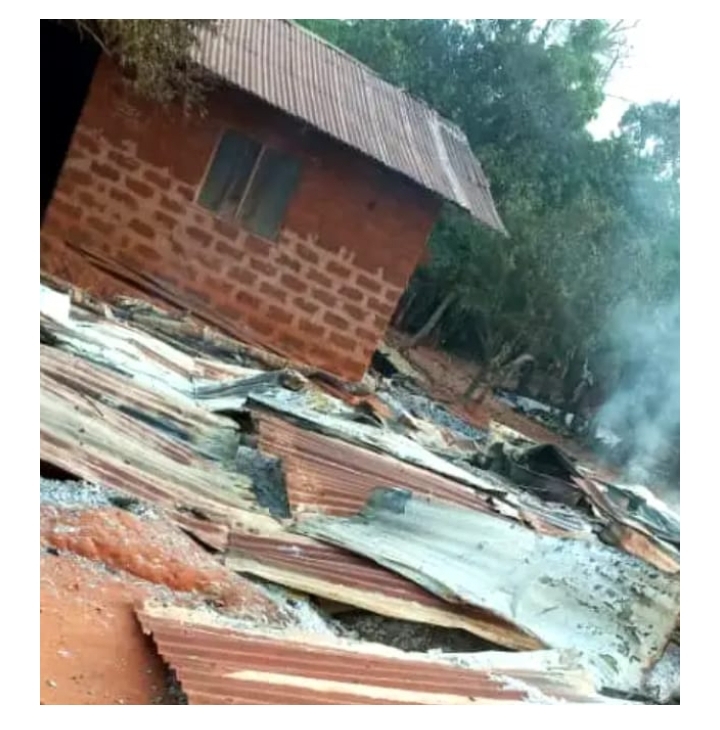 No fewer than three persons were reportedly shot dead by suspected herdsmen who invaded Molege Village in Ose Council Area of Ondo State.

Several houses were reportedly razed overnight along Elerinla near Arimogija by the rampaging herders who were irked that the villagers prevented their cows from feeding on their farmlands.

They reportedly mobilised and set the villages and the farms on fire.

The villages took to their heels while their properties were destroyed by the herdsmen.

Reacting to the incident in a terse statement, the state Commander Amotekun, Chief Adeleye Adetunji, said that “while on a routine patrol today at Molege in Ose Local Government Area of Ondo State our men were informed that some nearby villages in Molege have been taken over by herdsmen while the burnt down some people’s properties.

“We moved in with three patrol vehicles and took control of the situation in the village.

“On their way back, some men suspected to be herdsmen suddenly open fire on our men in an unprovoked attack because Amotekun does not want to start shooting people.

“We are trying to find out who they are as an adequate investigation is ongoing.

“We urged the people of the community to come back to their homes as peace has returned back to the village.

Adetunji was however silence on the casualties recorded during the forceful invasion of the village by the bandits.

Meanwhile, fear has gripped the council area following reports that the herdsmen have perfected plans to invade and overrun other villages and camps overnight.