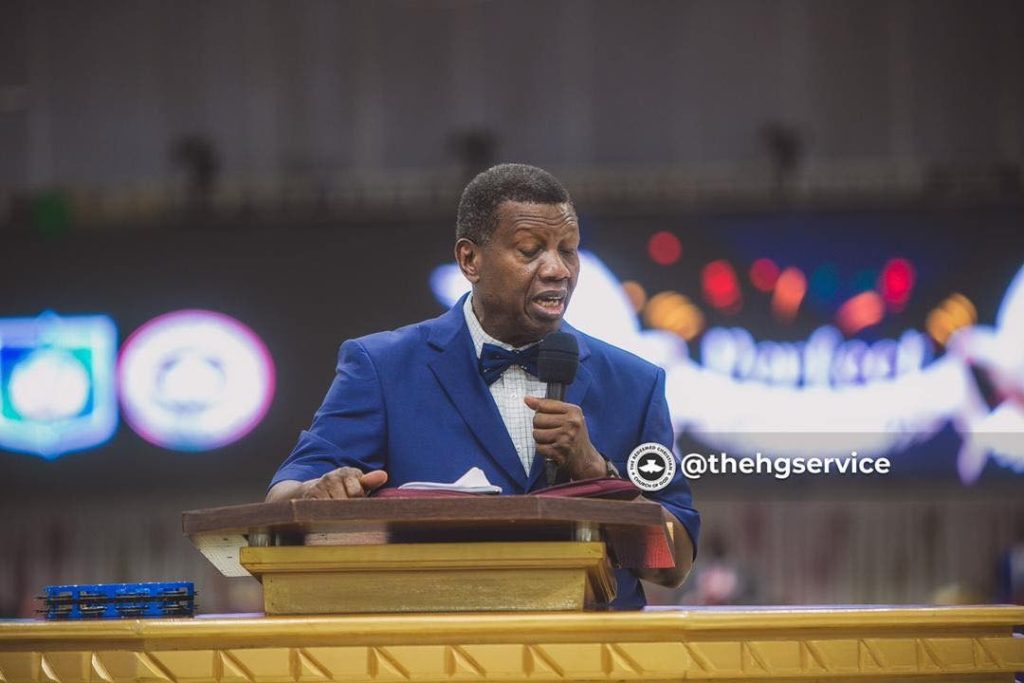 General Overseer, Redeemed Christian Church of God, RCCG, Pastor Enoch Adeboye has told men of God not to fight women, but to run when women threatened to deal with them.

Adeboye, at a special online service on Sunday, cited the case of Elijah and Jezebel to buttress his point.

“Elijah arrived at Jezreel, sat down in his house and was enjoying the victories that had happened. He had just called down fire from heaven.

“He had prophesied and prayed and there was rain for the first time in three years. He had brought about national revival. He had outrun the chariot of the King.

“He was happy but then a message came from the First Lady of the land: ‘I heard what you did on Mount Carmel, I swear to you by my gods by this time tomorrow, you will be like one of the prophets that you killed’. Elijah the great man of God ran, the man who dared four hundred and fifty prophets ran from a woman,” he said.

Adeboye added: “I know a lot of people have said how could that be? Elijah was very wise. I have told you men of God again and again, don’t fight a woman.

“When Jezebel says “I am coming for you” Elijah did the right thing. He ran,” Adeboye declared in the church gist.