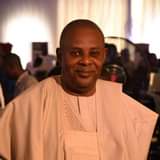 His constituents who spoke recently rather considered Tinubu as only large-hearted.

They were reacting to a former Osun Governor and Interior Minister Rauf Aregbesola, who claimed that Tinubu was trying to play God.

But the constituents said the one-time Lagos Works commissioner got it all wrong.

Faleke said it was unfortunate that Aregbesola has allowed his personal opinions, interests and emotions to dwarf his reasoning, beliefs and the teachings of his religion.

The lawmaker said: “When many of us including and especially Hon Aregbesola and our families look back to pre-1999 and see the level we were, and how God has used this same Asiwaju’s selfless efforts, sagacity, intellect, and money to mentor and promote us, we should be eternally grateful to God instead of engaging in ego tripping !

“If for once we fail to have everything our way as before, we should be humble enough to appreciate the fact that we can’t win all the time.

“God will not come down physically but will use people to help us to achieve our goals and that role of destiny helper is what Asiwaju Bola Ahmed Tinubu has been and is still playing.

“Take my humble self for instance. He did not know me from Adam. He does not know my parents. I’m from Kogi State but look at how he has picked, mentored and supported me to what I’ve become today. Can that person be accused of playing God? No! Where that is coming from is to say the least, very disappointing.”

Pledging the constituency’s total support for Tinubu’s presidential aspiration, Faleke reiterated that Asiwaju has all it takes not only to govern the country but also to take it to greater heights.