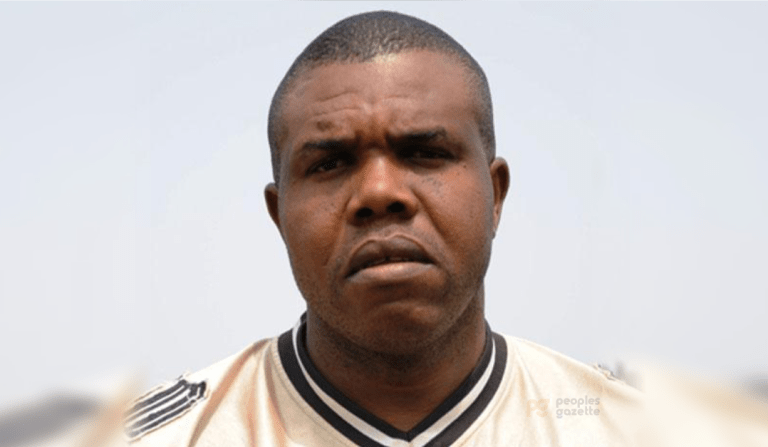 Former Super Eagles star, Kingsley Obiekwu, has opened up on how he ended up as a commercial bus driver in Enugu.

This is coming after Super Eagles captain, Ahmed Musa donated the sum of N2 million to him.

Obiekwu said; “The story is absolutely true, there is no lie about it. I had to open up on my situation to people because I needed help.”

“It was not an easy thing to do, but I had to summon very great courage because things are very tough.”

“The club I manage is Ingas and we play in NLO 1, we don’t train every day – we train Mondays, Wednesdays and Fridays. So Tuesdays and Thursdays, I’m always free and I use those days to go for my transport business.”

For those who don’t know, Obiekwu was part of the Nigeria U23 team that won the Olympic gold medal in 1996 in Atlanta, United States.

Obiekwu joined Dutch Eredivisie club from Udoji United after was invited to the Olympic team of 1996 by ex-Super Eagles coach, Jo Bonfrere.

He retired at the age of 30 years due to a heart-related ailment.

He is currently the manager of Ingas FC, Nigeria’s League one club.