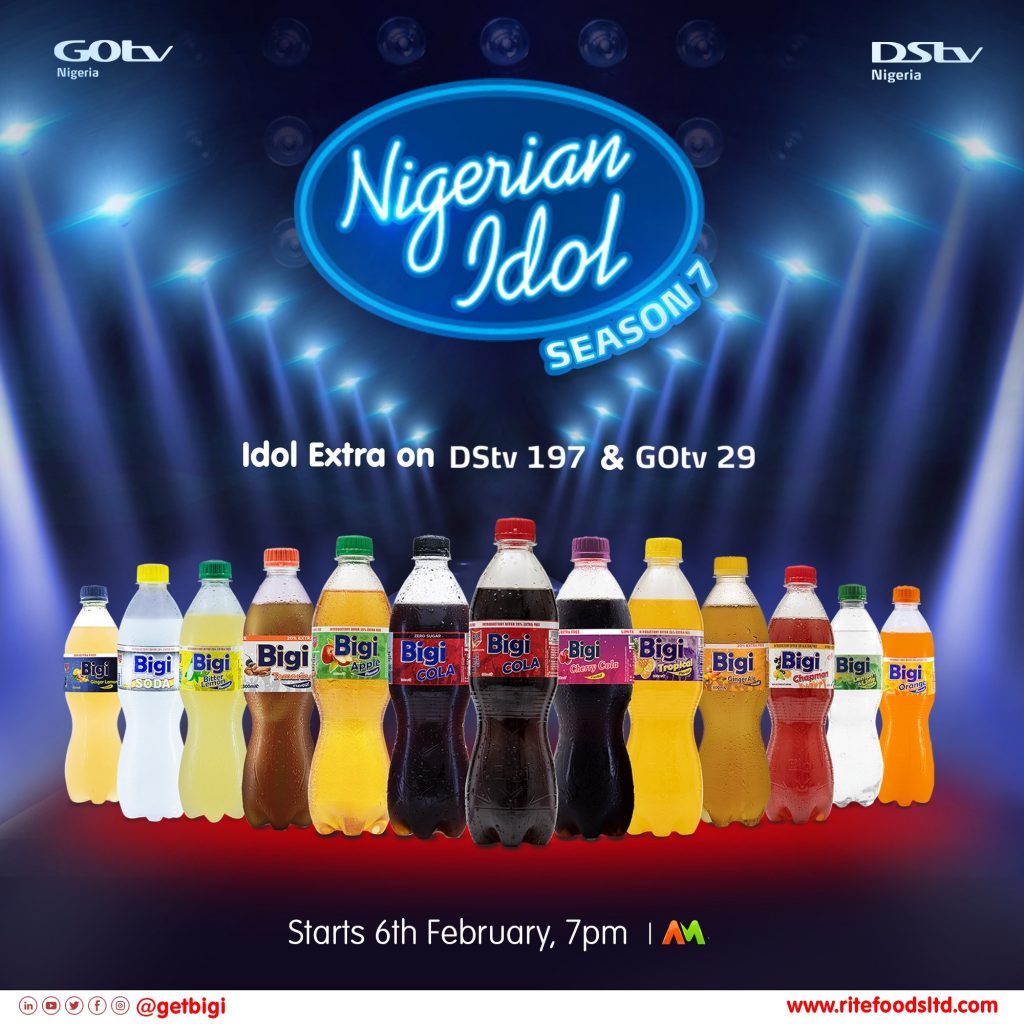 The theatre week of the widely-viewed music reality show, Nigerian Idol Season 7, would next Sunday see 75 contestants showcasing exceptional musical talents, all trying to outwit one another, to be among the next round of 25 that would make it to the top10 for the live performance on March 20, 2022.

The contestants were among the over 4,000 (Four Thousand) participants auditioned for the musical talent discovery show since December 2021, after battling for the golden tickets to make it to the theatre week with their sonorous and melodious voices.

Contestants were selected in teams, with praises and encouragement from Yinka Davies, a popular vocalist, dancer, lyricist, and a guest judge, Dapo Oyebanjo, popularly known as D’Banj, and the creative industry entrepreneur, Obi Asika.

It would also be the end of the road for many that could not impress the judges for the top 10, in the show which will see the winner clinching N100,000,000 (One Hundred Million Naira) worth of prize, including a recording deal from a label, a brand-new Sports Utility Vehicle [SUV], cash prizes, and other exciting gifts.

Interestingly, the hugely viewed reality TV show which is aired on DStv Channel 197 and GOtv Channel 29, is sponsored by the award-winning Bigi carbonated soft drink with its 13 unique variants, from the stable of Rite Foods, a Truly World- Class and Proudly Nigerian food and beverage company, a market leader in its sector.

Speaking on the sponsorship, Rite Foods Managing Director, Mr. Seleem Adegunwa, said it is aimed at the discovery and nurturing of music talents among budding artists in the country, as well as the promotion of the entertainment industry, where skills abound.

He avowed that Bigi will continually refresh the contestants during the live show, as the brand with its variants would meet their tastes, being a product that is produced with the best technology, and up-to-the-minute infrastructure, in a world- class factory.