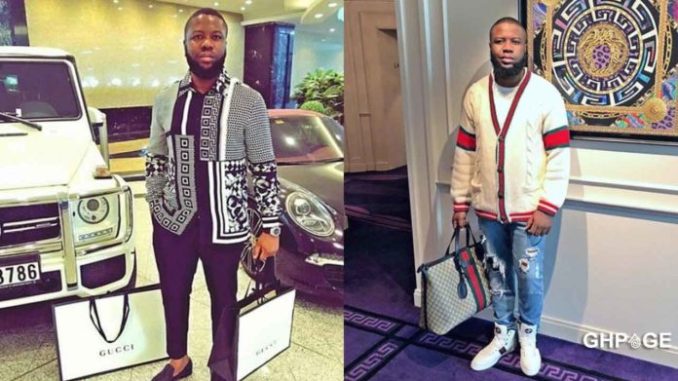 The Federal Government has decided to extradite Abba Kyari to the United States for the Hushpuppi fraud.

The Nigerian Federal Government has authorized the US government’s request for the extradition of Abba Kyari, the disgraced Deputy Commissioner of Police (DCP)..

Abba Kyari was charged with wife fraud, money laundering, and identity theft, according to this web article.

Kyari was also accused of collaborating with Hushpuppi, Ramon Abbas, who pleaded guilty to Internet fraud.

In April 2021, a grand jury indicted Kyari, with the permission of the United States District Court for the Central District of California.

On Wednesday, March 2, 2022, the Attorney-General of the Federation and Minister of Justice, Abubakar Malami (SAN), filed a plea for Kyari’s extradition before the Chief Judge of the Federal High Court in Abuja.

According to IO Nigeria, an application designated FHC/ABJ/CS/249/2022 was submitted under the Extradition Act.

The application was made in response to a request from the US Embassy’s Diplomatic Representative in Abuja, Nigeria’s capital, according to Malami.

It is “for the surrender of Abba Alhaji Kyari, who is a subject in a superseding three counts indictment”.

Kyari and five other cops were recently arrested and detained by the National Narcotics Law Enforcement Agency (NDLEA) in connection with a drug deal.

In an affidavit filed in support of Kyari’s extradition request, the AGF noted that he was satisfied that the crime for which Kyari’s surrender is sought is neither political nor insignificant.

Malami was also pleased that the request for Kyari’s surrender was made in good faith and in the interest of justice, rather than to harass or punish him because of his race, religion, nationality, or political beliefs.

“If surrendered, Kyari will not be biased during his trial and will not be punished, detained, or restricted in his personal liberty because of his ethnicity, nationality, or political ideas,” according to the AGF.

According to Malami, surrendering him will not be unjust or oppressive, nor would it be an excessive penalty, given the circumstances of the crime.

The AGF also stated that Kyari has been charged with the crime for which his surrender is being sought.

Malami pointed out that Kyari was not facing any criminal charges in Nigeria for the same offence.

According to court documents, the charge filed along with the extradition application reads: “Count one: Conspiracy to commit wire fraud, in violation of Title 18, United States Code, Section 1349, carrying a maximum term of imprisonment of 20 years;

“Count three: Aggravated identity theft, and aiding and abetting that offence, in violation of Title 18, United States Code, Sections 1028A(a)(1) and 2(a), carrying a maximum term of imprisonment of two years.”

In the request for Kyari’s extradition, the U.S. Embassy stated: “On April 29, 2021, based on the indictment filed by the grand jury and with the approval of the United States District Court for the Central District of California, a deputy clerk of the court issued a warrant of arrest for Kyari.

“The arrest warrant remains valid and executable to apprehend Kyari for the crimes with which he is charged in the indictment.

“Kyari is wanted to stand trial in the United States for conspiracy to commit wire fraud and money laundering, and identity theft.

The beleaguered “super-cop” has appealed Justice Zainab Abubakar of the Federal High Court in Abuja’s ruling on February 22 authorizing the NDLEA to hold him for 14 days in the first instance.

In an application filed by his lawyers, Abba Kyari requests that the court vacate the order for his detention, claiming that the order was issued without giving him a fair hearing.

Meanwhile, the court has scheduled a hearing in Kyari’s application for March 8.